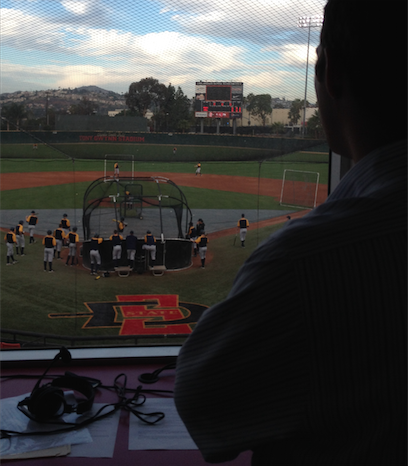 They’re not the top-10 team they were a week ago, not after getting throttled at New Mexico. The Lobos might have won 58-44, and you might say it’s only 14 points. Dead wrong. The Lobos had leads of 21 and 23 at times in the game. This was no contest at all.

The Aztecs were abysmal on offense, shooting 32 percent from the field. Another interesting stat was both teams shot nine free-throws combined. The referees let this game play out, and this blowout is what happens when you face the most underrated team in the nation.

The Lobos flat out won this game. Cameron Bairstow scored 26 points, The Pit was deafening, and when the polls came out on Monday, the Aztecs had dropped to number 13. The Lobos went up to 25, and that’s something else I’d like to point out.

The Aztecs, yes they got destroyed, lost on the road, at high altitude, against a team who had more than 20 wins coming in. And they dropped seven spots. Ok, no big deal, that was expected. But the lack of respect to New Mexico is what makes me mad. The Lobos only went up to number 25, AFTER BLOWING OUT THE NUMBER SIX TEAM IN THE COUNTRY.

Huge credit though to UNM Athletic Director Paul Krebs and Men’s Basketball Head Coach Craig Neal for calling out the Lobo fan who threw ice at Skylar Spencer after the game.

The Aztecs have beaten Kansas, AT KANSAS. They’ve also beaten Creighton. What more of a resume do you need? At least SDSU responded Tuesday by blowing out San Jose State 90-64. Next up, Fresno State. The Bulldogs are 11-5 at their place and senior Tyler Johnson has scored 20+ points in nine of his past 15 points. This will be tough.

Baseball and Softball off to hot starts

SDSU Baseball improved to 6-2 on Tuesday with a comeback victory over UC Riverside. Comeback might be an understatement. They were down 7-1, and won 8-7. Tim Zier by way of his four hits now leads the Mountain West conference with a .375 batting average.

Up next for SDSU, a four-game series at Saint Mary’s in Moraga. The Gaels come in at 3-4, but have won the past two games.

Softball is also off to a good start at 10-5. Patrice Jackson still continues to dominate, hitting .457 with a .642 on-base percentage along with seven home-runs and 16 batted in.

They’re set to co-host the San Diego Classic I, and play two games on Thursday. One against Brigham Young University at 3:30 p.m., and the other against second-ranked Tennessee at 6 p.m.

They’re still around. By virtue of thrashing San Jose State on Wednesday, the Aztecs improve to 8-7 in the conference, with just three games remaining, two of them at home against Fresno State and University of Nevada Las Vegas.

In their 14-point win over the Spartans, four players scored in double figures with two of them getting double-doubles. What made them successful was shooting 52 percent from the field, and gathering almost double the amount of rebounds that the Spartans did.

That cancelled out the 27 turnovers, because SJSU couldn’t capitalize on them as they shot 29.7 percent.

Up next is Fresno State, a team they upset on the road back in January. Now the stakes are higher, the conference tournament is just around the corner, and the Bulldogs are fighting for a good seed in the tournament.

So are the Aztecs. A balanced scoring attack led by Cierra Warren and Deidra Smith will need to be firing on all cylinders. 27 turnovers will guarantee a loss. 60 rebounds, however, will put them in great position to win, especially when 20 of those are offensive rebounds that turn into 22 second-chance points.