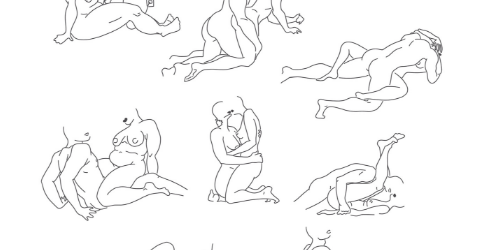 Don’t believe what they say – losing your virginity is the stuff of nightmares.

In my sexual awakening sophomore year of high school, one of my friends was dating a senior, whom she lost her virginity to. She described her first time as if fireworks and confetti shot out of his penis. While other girls awed, blushed and clasped their hands in excitement and slight embarrassment by the word ‘sex.’ I skeptically sat there contemplating if your first time is really a big deal.

From that moment I began imagine how I’d like my first time go down. I didn’t want it to be with someone I was dating, I didn’t even want it to special or good for that matter. Well, I inherently knew it wasn’t going to be good. I just really wanted to get it over with. I felt like there would plenty of more times for improvement and fireworks.

There Will Be Blood: My virginity story

As junior prom approached, my mother (who must have picked up my thoughts on becoming more sexually active) put me on birth control. A very smart, progressive and rational decision on her part. At the time I was talking to this boy C.P.* who I somewhat liked but at the same time I felt like it wasn’t a right fit. We had been sort of talking, we’d hang out sometimes, text and snapchat all the time. We were both virgins and were thinking about “losing it” to each other during prom weekend.

I’m violently vomiting everywhere at the fact I wrote the phrase, “losing it.”

If you don’t know what prom weekend is, it’s the weekend following prom where juniors and seniors from the high school rent motel rooms at the infamous Anchor Motel in Seaside Heights, NJ. Long story short that is not what ended up happening. It was the second night and there was a bunch of people in my room. One of the people was this kid who I know from sports, Pete, * and he was flirting with me. A close friend of mine noticed the flirting and being a good wing-woman ushered people out of the room as he disappeared to the bathroom. When he emerged, I was alone and shaking because I didn’t know what to do. He looked a bit puzzled and I was hoping he couldn’t see the anxiety in my face. It all happened so fast, but the only thing that came out of my mouth was, “I don’t know where everyone went, but do you want to take more shots with me?”

One thing lead to another and we ended up having sex. Well sort of, his penis barely went in and it hurt so bad. The only thing on my mind was that I couldn’t believe I actually manifested this whole experience. It was exactly how I wanted it to go down! Shout out to my fairy Godmother looking out for me.I wanted to be daring for my first time so I decided to get on top but, when I looked down there was so much fucking blood. In my dramatic mind it looked like a murder scene.

I should have been mortified but all I did was laugh. Like hysterically laugh because something was bound to go wrong. Pete immediately rushed to my aide and asked if I was okay. I was fine and all I really wanted to do at that point was take a shower and get drunk more with my friends. When I came out he was still in my room, and I was all shook because I’d thought he’d bounce. Nope, he was still there, which I guess was kind of nice. I honestly don’t know how but we ended up cuddling and falling asleep? Yeah, it was weird and then my friends ended up kicking him out, which is hilarious. Love them, thanks guys.

It was actually in this point in time where I learned I hate cuddling, especially with someone I don’t even like!

Anyway, that’s my virginity story, it wasn’t magical, there were no firework but, of course, there was blood.

Part of the reason why I started this blog was to give people a form and open a door for people to talk about the kind of sex they have. I create a submission form which I sent out to my close friends who then sent it to their friends. I was really nervous that I was going to no response but I ended up getting a few. These brave souls shared their embarrassing and hilarious first time stories, so I’ll let them have the floor now.

“I came into college as a virgin and for some reason I thought it would be a good idea to download tinder. So, I match with this guy and we talk and plan to hang out. He bailed like five times so, clearly, he’s a fuckboy. Eighteen-year-old, virgin me was determined to meet up with him. We finally meet up for the first time, I drove forty-five minutes to see him. He takes me to his frat, no dinner, nothing! We literally said five words to each other and then fucked. Worst three minutes of my life, no foreplay or anything! He stuck his four-inch penis in my dry, tight-ass, virgin vag. It hurt like a bitch. So, I sleep over and the next day we get Chipotle. He really tried to make me pay for myself, I said to the woman ringing us up ‘oh we’re together.’ Like you really want me to pay for myself after you stuck your small dick inside me all last night? Not. A. Chance. Basically, my first time having sex was not like they make it seem in the movies. I was in a crusty, ugly, rude ass fuck boy’s room losing my virginity…on my MOM’S BIRTHDAY.  In a frat house nonetheless. Worst daughter in the world.” -Anonymous

Oh, Gravity is working against me

“So sophomore year in high school I had sex with this man-child who had better hair products than me. Basically, he turned on John Mayer’s Gravity and attempted to put on a condom. Five minutes go by, he’s still struggling to put on this fucking condom and I’m lying there like a dead fish. All while contemplating my life. Even better, I guess he specifically wanted to lose his virginity to that song so when it ended (he was trying to put the condom on) he frantically grabbed his phone to replay it. When he finally got the condom on he struggled for another ten minutes trying to get his dick in me. He had to be in me for at the most five seconds. It ended with me saying ‘did we even have sex,’ probably not the thing a guy wants to hear. Whatever dodged a bullet on that one because he ended up lying about his dad having terminal cancer to break up with me.” – Anonymous

First times like first impressions can be tough. If you spend so much time trying to make it perfect, then you’ll end up hyping it in your head and being really disappointed when it doesn’t happen the way you want it. Just be natural and go with the flow, it’s not that big of a deal. I believe that when you find that right person you want to settle down with, that is all the magic and fireworks you need. Until then, keep on fuckin’.

*All of names for this story have been changed from privacy reasons.

*Submissions stories were formatted to have correct grammar, spelling, punctuation and were edited to have a readable flow. Submissions were asked to be labelled anonymous by participants.