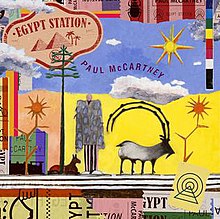 Saturday, Oct. 21 in Santa Ana, behind the glass display of a local music shop known as Beatnik Bandito Emporium, Ryan Alexander of Civilian begins to set up for an intimate night of heartfelt music. Among the classic vinyl records and dust settling on collectible guitars, most of the crowd decided to sit on the floor of the claustrophobic music shop.

Civilian is the moniker of permanent members Ryan Alexander (lead vocals & guitar) and Dan Diaz (bass & guitar). Their first album was released in 2012, titled “Should This Noose Unloosen.” They gradually started to realize how impactful their sound was and followed up with a few singles before releasing their sophomore effort, “You Wouldn’t Believe What Privilege Costs.”

This was the last show on Alexander’s two month tour run. “If this was my last show, I think I’d be okay with that. I hope it’s not though,” he told the modest crowd. All the songs played were acoustic renditions, but the stripped down nature brought forth something that made it all the more special to hear.

Before playing “Cut & Run” off of his second album, he pointed out that he had just moved to California that very day. Most of his songs’ subject matter deals with the struggle of love and self- loathing.

“Most of my songs either have to do with Donald Trump or my girlfriend,” Ryan told us before diving deeper into his set list.

The song  “Skulls” explains how distracting the presence of someone can be. Intricate picking patterns coupled with light strums to accentuate the emo-rock lyrics finished the night off right.

The Beatnik Bandito vibe reminded me of hometown shows, where it is just friends supporting friends. So, the next time you think life or love has got you down and you need some words of encouragement, or need hard hitting rock music to let your rage out, check out Civilian’s albums.

Indie? Grunge Pop? Surf Rock? Try and wrap your mind around the genre of the hard hitting album, “Hung at Heart,” by The Growlers.

Frontman Brooks Nielsen provides the raspy vocals for this incredibly heartfelt album. From the get-go, the song “Someday” starts off the album with shimmering guitar riffs and smooth bass lines. This first track is a love letter to a significant other, promising better days and better meals.

“When tall boys turn into champagne,” Nielsen sings as the song continues to foresee how he wants to provide a better life for his loved one.

As a whole, the album is a perfect cohesion of love and lust.

With the track “One Million Lovers,” it’s hard not to see why this burden of love hangs so heavy on the heart of Nielsen. The song describes a love that possibly was lost or maybe a love that can’t be let go. Lead guitarist, Matt Taylor, provides upbeat strumming patterns with glimmering tones that will leave  you “…dreaming of her the whole day though.”

It’s hard to find a favorite song on this album, but one track that attention should be brought to is “Pet Shop Eyes.”  Nielsen’s charismatic attitude comes through in this song, explaining how he’s not buying into another girl’s advances due to the sad and blasé way about her. He compliments her looks but tells her to move along, even joking that her sadness has him on the verge tears.

All in all, if you’re looking for chill album to throw on in the background of your next party or if you’re looking for an album to make you feel at ease with your own personal strife, “Hung at Heart” is what you’re going to want play all the way through. The band has made an album that is danceable yet introspective at the same time. Released in 2013, “Hung at Heart” is reminiscent of late ’70s surf rock and blues.

Featured Image: “Hung at Heart” cover art, all rights reserved to The Growlers

Happy Monday, KCR readers!  There’s something happy about this Monday, and I think it has a lot to do with this week’s neighborhood jams.  On my morning show from 9:00-11:00 a.m. I got the opportunity to sit down and interview a member of Alive & Well. We were also joined with Hard to Hit’s lead singer, Jason Kubo.  You can check out my write up on Hard to Hit right here. It was a fun morning of discussing music, boy bands, middle school nightmares, and hitting up the San Diego music scene.

Alive & Well has three members right now including: Matt Vernon on vocals and guitar, Mike Mule on bass and vocals, and lastly Eric Brozgold on the drums.  This trio is really hitting up the scene all while looking for a new lead vocal and guitarist.  The band is labeled as a pop punk and alternative rock band, which I personally think fits them perfectly.  They sound like a combination of Saves the Day and The Starting Line. I spoke with Mike, and he gave me the inside scoop of where the band gets their inspiration for their songs – the answer is the struggle moving from the east coast to the west coast.  Their lyrics are real and relatable; their sound is happy yet extremely meaningful; they are a perfect combination for a great rock band.

Their single No Winter in the West has great visuals including locations all over Ocean Beach, San Diego and the east coast.  This is THE song and video that got me hooked.  Mike shared with us how difficult it was for the band to carry their equipment on Sunset Cliffs and people passing by thought there was going to be a show.  I would love to see Alive & Well performing right by the ocean.

The boys just performed at the Casbah last week, and they are scheduling more shows in the near future including Jawsfest at The Legacy Room in Chino, CA on May 7th. You can buy tickets here. They will also be playing at Soma in San Diego on May 21st – get tickets here! I also heard we should keep our ears open for a band spankin’ new EP in early June!

It was such a pleasure to interview Mike and hear all about the great things Alive & Well is working on. I am extremely excited to see where these boys end up – maybe main stages instead of Sunset Cliffs – either location I am rooting for you guys. Give them a like on their Facebook and let’s get them to a 1,000 likes – they are so close! Hope you guys are listening good!