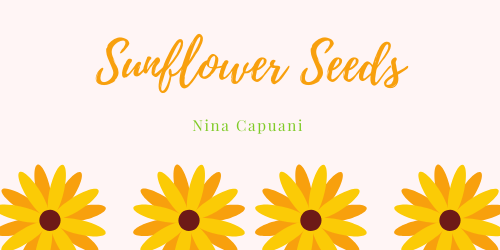 As a senior graduating in May, I decided to take advantage of my last winter break ever. One of my good friends was studying abroad for the Fall 2019 semester in England. Our winter breaks lined up, so I decided I would give myself an early graduation gift and escape to Europe!

I was in a class when I bought my plane ticket for the trip. I would briefly talk to her from time to time to figure out the logistics of it. It turned out that we would be doing a European tour with a group of 6 other girls she knew from study abroad.

I arrived in London on December 30 to meet up with my friend. I was there just in time for New Years! We went to almost every touristy spot that you could imagine possible. I was most in awe that they drive on the opposite side of the road there since I thought it was a bit similar to America. We spent New Year’s at a club in the city and then we were off to Spain.

The start of our travels was off to a rocky start. We missed our flight to Madrid that was at 7am, and we couldn’t take another flight until 4pm. Needless to say, we wasted our first day in an airport. When we arrived, I was in awe since Madrid is absolutely beautiful. It was colorful, the food was incredible, and the sangria was very cheap there! After the two nights in Madrid, we headed to another city in Spain.

We ventured off to Valencia. Valencia was even more beautiful than Madrid in my opinion. Valencia was very warm and full of life. The food there was just as good as Madrid’s. We fueled ourselves up with paella, empanadas, and Valencia Water (Gin, Champagne, Vodka, & OJ). As you could image, we had a great time in Spain.

Our next stop was Paris, France. As a little girl I had always dreamed of going to Paris, so I was beyond excited to be heading there. When we arrived it felt just as cold as Chicago. We were all bundled up but determined to see the city since we only had two nights there. We spent a majority of our time wandering the city. Paris was so beautiful and romantic. The architecture and sounds of the city made you feel like you were the main character in a romance movie. My favorite part was seeing the Eiffel Tower. I will never forget that feeling of excitement that came over me when I saw it. Paris is a place everyone should visit.

Our last country for the trip was Italy. I couldn’t wait to see my roots since I’m 75% Italian. The first city we went to was Rome. Rome was exciting because we saw the Colosseum and Trevi Fountain. The best food I have ever had in my life was here. I ordered a pasta dish called Cacio e Pepe. It consists of cheese and pepper, but it was delicious. After our day in Rome we headed to Florence.

Florence was magnificent. The city was colorful and energetic. A few of us went to the top of the Duomo and the views were breathtaking because you could see the entire city from there. Florence felt a bit touristy since a majority of the people we met were form America. We went to a bar and all of the shots were named after university’s in America. I was able to get a “San Diego State Shot” which consisted of tequila, ginger, and lime. Florence was fun, but it was time to head to our last destination, Venice.

Venice was so peaceful. The water was clean, and the city moved slow. People lived to relax and that was just what we were doing. We took a gondola ride and ate a ton of gelato. Venice was the most relaxing city, and it was a great way to end our trip.

Our trip consisted of laughs, lots of wine, and incredible food. I had a blast wandering around Europe with the six other girls. It was a trip I will never forget, and I hope you can experience that too.

There’s thousands of lyrically straightforward pop and R&B songs saturating the roster of today’s new music, but it’s not exactly easy finding candid pop and R&B with good lyrics. Abstractions are frequently the direction that skilled songwriters prefer to lean into – they’re more interpretive, and therefore less susceptible to criticism – but at times, metaphors and symbolic imagery aren’t of any immediate use. At times, what we’re looking for are answers or content that resonates with us, plain and simple. But as history’s most horribly-written music has demonstrated, not all songwriters can balance poetry with straightforwardness, and it’s that lyrical disparity that makes us cringe and say “even I can do better,” as we’re driving alone in our cars, for once concentrating on a song’s words.

Thankfully, we have artists like RAY BLK, whose mini-album (aka a longish EP) Durt is a 25-minute representation of creative candor. Hailing from south London, RAY BLK got an early start on songwriting – she began at 14 – and today, the 23-year-old R&B singer is offering us what could be labeled as raw, artful ‘big sister’ storytelling, comparable to other young Londoners on the rise, like the soulful Jorija Smith. Those familiar with The Miseducation of Lauryn Hill will notice the thematic similarities between Hill’s “Doo Wop (That Thing)” and Ray’s short, yet clever “Hunny,” while the album’s title track, “Durt” is a lyrically grimmer, sexier version of Kandi’s “Don’t Think I’m Not.” In collaborations with UK-based producer SG Lewis and English rapper Wretch 32, Ray explores ended relationships from positions of both melancholy and shamelessness, making for a diverse listening experience.

The featured image is promotional and belongs to its respective party.