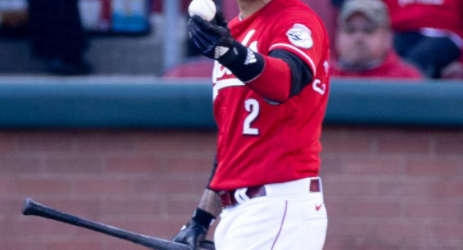 Schottenheimer is best known for his winning record as a head coach for the Cleveland Browns, Kansas City Chiefs, Washington Redskins, and San Diego Chargers.

It was announced via tweet by Chris Mortensen that Schottenheimer had passed away with his family by his side. In 2014 Schottenheimer was diagnosed with Alzheimer’s disease which he continued to battle for the next seven years.

After his playing career Schottenheimer began his coaching career as a linebackers coach for the New York Giants in 1975 but was promoted to defensive coordinator in just two years. After just three years with the Giants Schottenheimer became the new linebackers coach for the Detroit Lions. After two years with the Lions, he was hired as the defensive coordinator for the Cleveland Browns.

Schottenheimer retired as one of the best coaches ever and is eighth all-time in wins, he coached all-time greats like Drew Brees, Phillip Rivers, Joe Montana, Marcus Allen, and Ladainian Tomilson etc. Schottenheimer was a winner, he loved the game of football, and brought the intensity to each team that he coached.

Many of his former players expressed their regards for Schottenheimer like Drew Brees who said, “The lessons and wisdom of Marty Schottenheimer will forever ring in my ears.”

Marty Schottenheimer will be known as a husband, father, and football legend. Although he struggled in the playoffs Schottenheimer emphasized “Marty Ball” a philosophy still used today and is recognized as one of the best football coaches of all-time.

In San Diego State’s softball home-opener, the Aztecs were defeated 3-0 by BYU at the SDSU softball field on Thursday night despite a strong pitching performance.

Tonight also marked the beginning of the Campbell/Cartier Classic, an annual event held in the memory of former Aztec softball players Susanne Campbell and Karin Cartier.

It was a scoreless game with strong pitching on both sides, with the first score and hit coming at the top of the fifth inning.

The Cougars’ catcher, Ry Jense-McFarland, singled to left field, which brought home Kaylee Erickson and gave BYU the lead. In the top of the seventh inning, Jensen-McFarland shot a solo homerun to deep right.

Later in the inning, Arissa Paulsen who plays first base and pitches for BYU, singled into left and brought in Taylei Williams.

Balint pitched into the seventh inning and tonight marked her first home game as an Aztec, as she transferred from Oregon.

“At Oregon I wasn’t a starter. I wasn’t a captain and I didn’t have the responsibilities. I kind of just showed up and left. I have to be accountable for my other players.”

She tallied nine strikeouts and threw 145 pitches before being relieved by freshman Karina Faasisila.

Balint calls her own pitches, which helps her game because she enjoys fast-paced outings.

“Me and the catcher [Alizae Umi, SDSU’s catcher] we’re both on the same page.” Balint said, “I work at a very fast paced, I’m like a machine I’m constantly going, going, going and I don’t like to be stopped.”

The Oregon-transfer and Van Wyk made it clear, Balint throws what she wants when she wants.

“[Balint] knows what she wants to throw in there.” Van Wyk said, “I don’t have to call pitches. She’s very strong minded, she’s got a great level of confidence.”

Balint credited her back injury for her drive and confidence on the mound.

“I am so driven and motivated since my back injury.” She said, “I could not throw the ball past 60, but mentally I was so sharp and I could just not physically do it. It made me so frustrated because mentally I was ready to go.”

SDSU will have to move on from this one, as they have two straight double-headers coming up.

On Friday, the Aztecs play against Southern Utah and Cal State Fullerton.

When Saturday rolls around, SDSU will play BYU and Southern Utah again.

The four games will all be played at the SDSU softball field.

Van Wyk’s message to her team after the loss: forget this one and move on.

“We got two double-headers coming up.” she said, “We’re going to play BYU again later this weekend. We have to do a better job adjusting at the plate, we were swinging at bad pitches.”

Umi said the team’s preparation from the off-season will help them survive the back to back double-headers.

“We put in a lot of work in the fall, so we’re just depending on that.” she said, “That’s really going to help us in the double-header tomorrow.”

The buzzer sounded and fans roared, as the No. 4 team in the nation clinched their 12th Mountain West championship against New Mexico on Tuesday night. The Aztecs beat the Lobos 82-59.

Coincidently, the Aztecs defense came alive in the second half as well. They were able to contain a deadly offense to 26.5% shooting in the latter half.

SDSU also forced 17 turnovers, but did have 15 turnovers of their own.

“They got me pretty good,” He said.

The Aztecs were led by junior Matt Mitchell, who finished with 22 points and 12 rebounds. It was his first career double-double.

Mitchell needed 15 points tonight to  attain 1,000 career points as an Aztec. Just before he reached the milestone, he ferociously threw down a dunk to start half number two.

“I honestly didn’t know there was somebody under the rim until I took off, but at that point, it was bad for him.” He said.

Yanni Wetzell finished with 20 points, nine rebounds, and shot 77% from the floor.

“I’m still in awe right now.” Wetzell said. “It means that much more because of all the adversity we went through last year. You never expect to go undefeated in February and win a conference championship without losing a game.”

The Aztecs carry a chip on their shoulder, and feel like they have to win every game because they’re 25-0 and still aren’t ranked number one. If the Aztecs hold this grudge, it could help them make a run come March.

It seems as if SDSU’s student section deserves credit for this blowout win as well. The Lobos’ Corey Manigault was ejected for two technical fouls and New Mexico players heard the shouting and yells all game long.

The Aztecs will try to cut into the Bulldogs’ record when they  play against Boise State on Feb. 16