San Diego State University has a variety of division 1 sports for men’s athletics; basketball, baseball, and football. However, one sport in particular is missing in this category: Ice hockey.

Ice hockey is a sport that seems to keep moving westward across the United States faster than we can imagine. With the addition of the Arizona State Sun Devils in 2015, the NCAA now has 60 D-1 level teams in the country. Arizona is the furthest team in the west that fields a team. Therefore, the question arises; Could California possibly have one soon?

There are a multitude of teams in California that are affiliated at the club level. In hockey terms, the club level is represented by the American Collegiate Hockey Association (ACHA). San Diego State University is included in this list as they play ACHA D-2 apart of the PAC-8 intercollegiate hockey conference. Excluding the Northeast, California has one of the largest hockey populations in the entire country. The roots of this history flies back to the San Diego Gulls who played in the Western Hockey League starting in 1966. The Gulls returned to San Diego in 2015 and are currently playing in the American Hockey League (AHL), which serves as the NHL’s farm system.

Collegiate ice hockey within California is not a new idea.

USC used to have a men’s team that won a national title at the collegiate level. Additionally, UCLA and CAL also had teams back in the early 20th century. It wasn’t until the early 1940s that hockey at the NCAA level officially left California.

A new market could open up for ice hockey in California very soon. Some universities, including SDSU, seem like very good candidates to holding the rights to the first team. The only problem is the funding; San Diego State athletics belong to the Mountain West Conference and a majority of funding goes to basketball and football, which tend to draw the most revenue from fans.

The school board would be taking a risk by gambling on ice hockey as being a high revenue source compared to the two other sports. The talent is here in California, but the economic restrictions put a damper on the plan. As for now, the only hockey at SDSU remains at the club level where players and their families have to provide the funds to play.

Bringing a National Hockey League team to San Diego would put more pressure on the school board to create a team. If San Diego State wants to bring a men’s ice hockey team to the school, it should happen within the next 10 years. The NCAA could probably use Viejas Arena, the home of SDSU basketball, as the rink for the sport to be played in. Talks have estimated that converting Viejas into a sheet of ice would cost a little over $1 million dollars. We know that Southern California colleges make a lot of money, but are they willing to take a risk of that kind?

As interest in college ice hockey keeps grows in California, the hope that SDSU can bring the sport back to the Golden State. 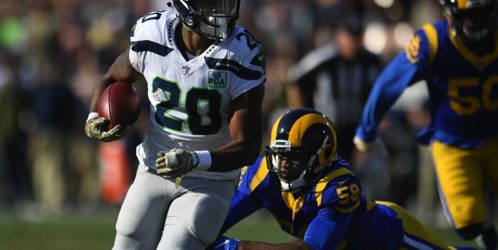