Attending a music festival is a rite of passage; after an amazing weekend at a Halloween themed festival, it makes sense why everyone should attend at least one music festival in their life.

On the weekend of October 26 & 27th, the National Orange Show Event Center in San Bernardino hosted another year of Insomniac’s Escape Psycho Circus! DJs from the EDM music scene such as Seven Lions, Kaskade, Martin Garrix, Galantis, KSHMR, Diplo, and more, performed over the weekend for attendees.

Escape Psycho Circus is a 2-day music festival that occurs the weekend before Halloween, which is considered to be North America’s largest Halloween Electronic Dance Music Festival & Freak-show. At this music festival, there were 4 stages that you could go to watch your favorite artist, including the Slaughterhouse, Ghoul’s Graveyard, The Chopping Block, and Cannibal’s Tea Party. There were performers spread throughout the festival grounds in order to bring a stronger ambiance of Halloween to all attendees, as well as an interactive section known as the Asylum, for those who are brave enough to enter. Being a first timer for Escape Psycho Circus & music festivals in general, I didn’t know what to expect. I’ve only had very few experiences from past concerts I’ve attended throughout the year, but never an event this huge. I’ll start off with a few tips that helped me enjoy the 2-day experience

This may seem like common sense, especially since everyone gets thirsty at any concert, but Camelbaks were a lifesaver. I love drinking water throughout any event so I feel like this was worth purchasing for myself, especially if it can hold more than 2L of water. Depending on the amount your Camelbak can hold, it means less time to refill your backpack and more time to watch your favorite sets for the night.

2. Bring as little as possible

As someone who tends to over-pack for a 2-day trip away from home, this was a tip I took advantage of when heading out to the festival. Only bring the necessities you need for that night. In my case, I only needed a portable charger, hand fan, ID, debit card (for purchases), and a small towel to soak up any sweat from my face. The reason I say this is because your small Camelbak, fanny pack, or small backpack cannot fit more so try to take as little as possible.

There is nothing like going to an event to take squad pictures or videos of your favorite set in the background, and your phone dies. It’s always best to charge your phone to 100% before you leave and always have a portable ready for when you run low on trying to meet up with your lost friends.

This tip is vital. I always have experience losing my friends within the crowd of a typical concert. However, if you lose your friends at a music festival as huge as Escape Psycho Circus, you are honestly doing it wrong. It will be very difficult to find them, especially considering the NOS events center has no service once inside the venue. By creating a totem with a symbol, sign, or meme on a 5-8 ft pole, you are able to find your friends with your distinct totem. Plus, this allows for groups to be very creative in how they decorate it.

5. Go with a friend who has gone before

It is best to attend your first music festival with someone who has experienced at the same venue or Insomniac themed events. I was lucky I invited my close friend to show me around & determine a meet up spot in the case that something happens. With that said, it allows for you to explore the festival grounds with someone who can help you find the next stage to go to. Besides these steps, I also have some small lessons for those who are either inexperienced or concerned about any fears.

If you are HIGHLY claustrophobic or develop anxiety attacks from being in crowds, please sit/stand within a safe distance. I discovered over that weekend that I have claustrophobia from being unable to breathe in crowds with little to no room, so I had to step out for one set. Honestly, I believe the main factor could also be the anxiety one develops from their first music festival. But remain cautious.

Remain respectful to everyone attending. We’re all here for the same reason: to watch our favorite DJs and spend time with our friends. Unfortunately, I came across several attendees who were disrespectful by inciting violence & preventing others from enjoying their experience. Don’t be that person in your group who ruins everything for others because you decided to push impolitely through the crowd; most attendees would be glad to help you through. Also, if you are trying to stay with your group by holding onto each other, please do not be the reason you separate their group because you couldn’t remain patient for 1 minute.

Set a budget for purchases inside the festival. I personally love to purchase one item from the merchandise tent at every concert I attend, so I set a budget aside for food, drinks, and merchandise before entering the festival. It’s best to avoid purchasing too many alcoholic drinks (for those who are 21+) due to ridiculous pricing. Also, try not to purchase snacks that you can get back home for a much lower price, especially if you are traveling from another country, city, or state.

Honestly, live in the moment. This lesson goes out to those who are considering attending their first music festival or will be attending one soon. As much as it’s great to take videos & pictures throughout a DJs set, don’t forget to enjoy yourself. I decided to opt out from recording too often & took my group photos beforehand to avoid wasting time. Living the whole experience without having your phone attached to your hands the entire time makes it all worthwhile. Listening to my favorite DJs with my closest friends helped me enjoy my weekend away from home; it’s almost as if attending was my ESCAPE from reality (haha, sorry!).

Overall, I don’t regret attending Escape Psycho Circus because it has prepared me for future music festivals. I understand a majority of festivals can become pricey overtime or have specific artists you may be interested in, but if you are ever given the opportunity to attend one, do it! Though, if you are experiencing FOMO (Fear of Missing Out) & impulsively purchase a ticket, just be cautious of your schedule. Watch out with becoming addicted to music festivals, it’s a hard addiction to beat; I should know! 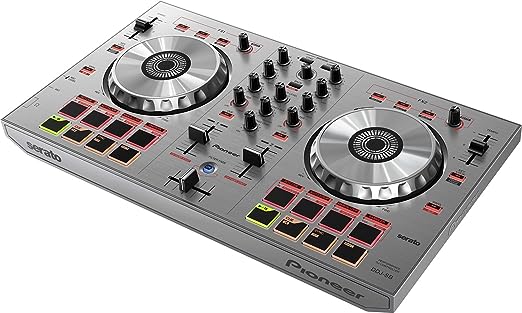