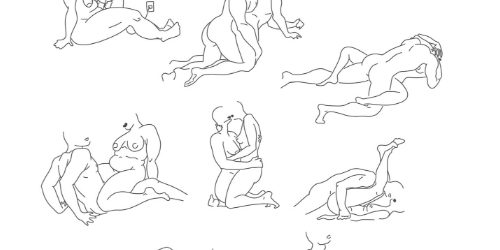 Am I the Dating Type? Maybe Not Right Now, and That’s Okay.

I swear I must have had more game back in like the sixth grade because I was always wrapped up in some dating drama. I used to “date” this boy on and off again from like fifth to eighth grade. Even to this day, one of my best friends still likes reminding me of the drama that was my relationship was this boy. It’s crazy because I’m working for the YMCA now, and dealing with middle school aged tweens and teens. I constantly have to tell them they are too young to date. It is very hypocritical for me to say but I wish I got that talk. Or, at least remember getting that talk.

What’s so funny about this age is because you think you are so grown. Especially when you are in eighth grade. Personally, my school enrolled kids starting from kindergarten, and went all the way through eighth grade. Suffice to say, I felt pretty grown and like a hot shot being in the oldest grade. And confusingly enough, this was probably the only time in my life where I wished I had a boyfriend. Middle school is a weird time for everyone, including you when you’re trying to figure out who you are.

I guess dating in middle school is like a way of figuring out what kind of person you want to be. As a young teen, you start become self-aware and self-conscious of your body and life changing. It is always the ultimate confidence boost when someone likes you and wants to date you. So (and I am coming to this conclusion as I write) maybe, dating in middle school is not so bad after all.  That is, until another boy who you really liked tells you that he likes you, but then takes it back a week later. Yep, that happened to me. “I thought I liked you, but I don’t” (Remember that for later) .

Moving on to my smartest dating decisions in a time I call: Sophomore Summer Love

High school was a totally different beast. Freshman year, I feel like I tried to avoid interaction with people as much as possible. I was very cultured shocked and scared. There were some more deeper and personal reasons that really shaped my dating life all the way through college. Toward the end of my freshman year I started to come out of my shell. I had a group of friends that would hang out every day at one of my best friend’s house. Over the course of the summer, my friend Gabby started to date this boy who happened to have a very cute friend. On the week of the annual Saint Michael’s feast, I met this boy. He was so my type: tall, dark hair, light eyes. Although, in college I switched the dark hair for blond hair.

The chemistry was instant, but my friends were bit hesitant on him meeting me. Originally they wanted to set him up with another friend. Fortunately, it was undeniable that we liked each other from the start. With my friends’ blessing, I began what was probably the first time I started to “talk” to someone. And for the initiated, talking is when two people like each other a lot and have established that they like each other but they aren’t technically “boyfriend” and “girlfriend” yet, but they don’t talk to other people.

To continue, this boy and I continued on throughout the remaining of the summer, but then I began to have my doubts. As a person who is assertive and can come off as aggressive, I don’t like when people are insecure. It is a trait that is not very compassionate of me, and I admit that boys definitely have it harder than girls when it comes to expressing feelings. One day, I thought this boy was going to make a move and kiss me before he left to go home. However, he didn’t and it was probably because he was too nervous. In high school it is also a hard time to date. I felt rejected by this and I got in my head that he didn’t like me.

In the efforts to save myself from being hurt I did what I am now infamous for: running away. I told him that I “thought I liked him, but I don’t.” It came full circle. I was so afraid that he was going to end it before more that I made it competition. Who can hurt who first. After I did this I felt immense guilt. I did like him, I really did. I’m not going to lie and say that I didn’t regret it during high school. He was so sweet and nice and from what I remember he even treated me right! If this was a superhero movie this is the part where you see a character become a villain because they let their fear and ego take control.

And for the the third act of my dating saga: College Love?

Like mentioned before, high school was a hard time for me, though I rarely ever let it show. During this time, I felt like I was unlovable and I wore that on my sleeve by saying that I had no soul. I had literally made myself believe that I was a stone cold bitch and boys would not like me. I was battling many internal demons that it felt like any boy who dared tried to get close to me was an attack on my very being.

College was somewhat the same, however, I started to resolve some of these issues. I began exploring my sexuality more than I did in high school. Yet, I still didn’t feel the need to be in a relationship with these boys. Don’t get me wrong, I did like some of them but I wasn’t too keen on dating them. To be frank, I was still scared. Scared of rejection, humiliation and worse bestowing those feelings on to them. I still wouldn’t let any boy get close to my guarded heart. Some may argue that I did tell them intimate things, to me though, they weren’t at all. I just told them what they wanted to hear so they didn’t think I was stone cold. Although, one did call me that and I laughed.

It is not that I don’t feel loveable now, I know that I am full capable of giving and receiving love. However, I feel like the boys that I meet are not on same wave length that I am, so as a result, I just have sex with them. Honestly, it gives me a release because I’ll only have sex if I enjoy it with the person. As one should always do. Sex is sex, as long as it’s good, consensual sex. I’ve seen it so many times, girls settling for some lame guy who only knows missionary and doggy style. I once met a girl who openly admitted to me that sex is sex and it doesn’t have to be good. That statement literally blew my mind because I can think of some many other things I can do in those 10 minutes (and that’s just being generous).

As my time in college progressed I learned that I genuinely love my single life. I enjoy flirting, I enjoy my alone time, I enjoy the excitement of going to a party and talking to many boys. I don’t have to worry about a jealous partner—not that I would attract one. I get to sleep in my bed all by myself and star-fish out so I can take up every single inch. It’s not that I don’t want a relationship, human beings need companionship. I am just very comfortable where I am at right now. I am in the process of starting a new job that actually pertains what career I want. I am transitioning into my final months in college and I’ve accomplished more than I’ve ever dreamt of at KCR.

Don’t get it twisted and confuse me with some stereotypical career driven woman that you see on TV. Not all career driven women are stone cold and only want to further their career before they settle down and have children. Like I said I am just comfortable where I am at right now. I am in my power, my confidence, my fire. If love finds away in than so be it, but right now I’m enjoy being single. And, that is a true character development for this girl who no longer sees herself as a villain.

If you have a funny, enlightening or educational sex piece that you’d like to submit, fill out this form. Which reminds me of something…

You guys remember the previous post right? About creepy DMS? Well, there’s a next level creeper in town: RANDOM COMMENTERS.

The worst of the worst. They are like the boss in the video games that you need to beat to win the level. So quick story time; I posted a smokin’ beach pic from my trip to Venice Beach. While I was looking at the comment section, filled with my personal hype-people (a.k.a friends), I noticed an outlier. A random person with a comment that read “Yum” followed by the fire emoji. I nearly vomited. An unknown person who I don’t know commented “Yum” for everyone to see, including my family. Image