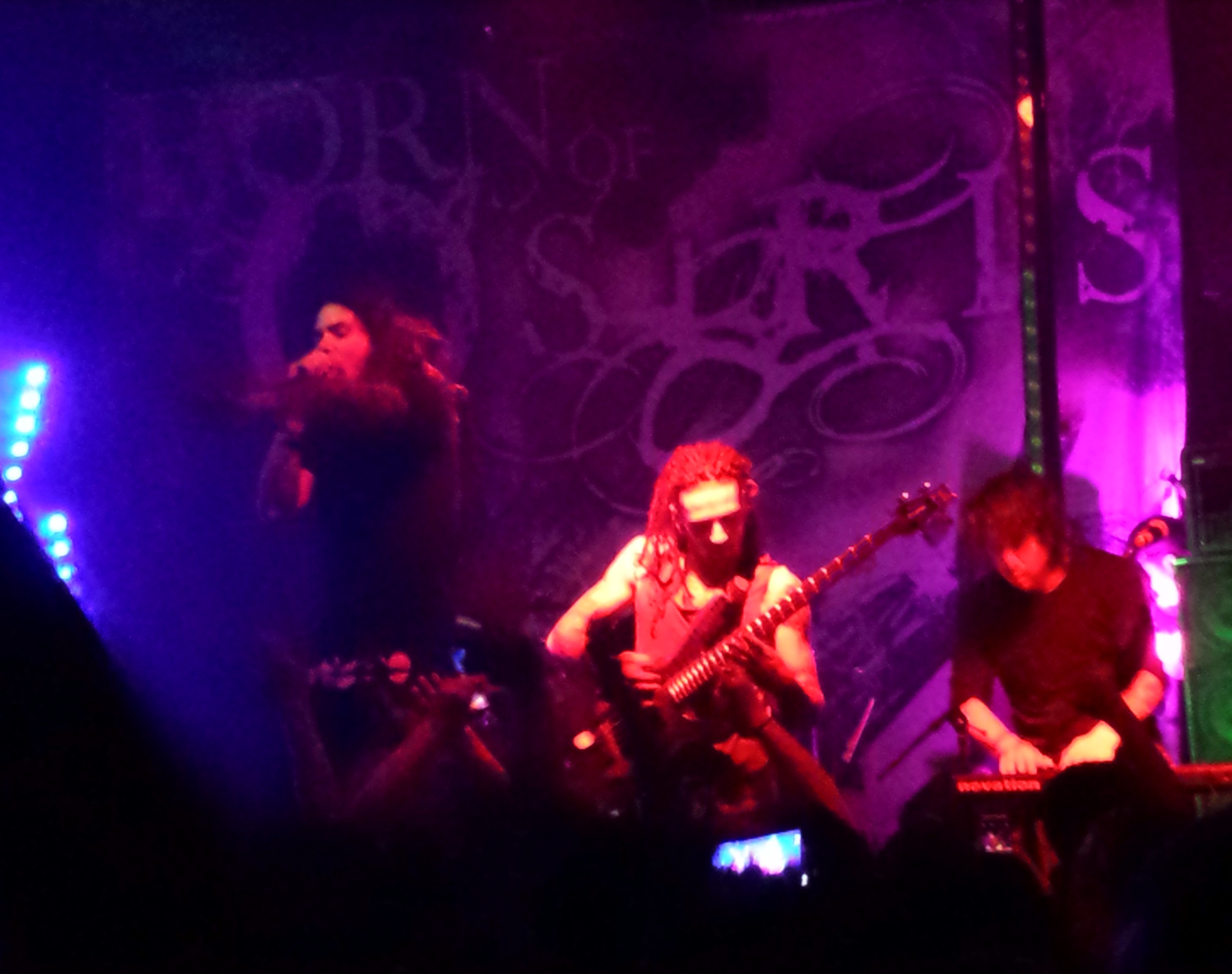 I went to the Born Of Osiris concert on Oct. 17 at Soma and had a blast. First off, I’m sorry for the poor quality and lack of photos. Between listening to the music and getting a bone relocated in my wrist (seriously, not many people can say that’s happened to them), I didn’t want to deal with the pathetic camera on my phone. With that said, I’ve been to my fair share of concerts and this has been the most enjoyable one this year. Not only did it have one of the strongest lineups I’ve ever seen, but every band played their heart out to produce a show I’ll always remember.

Killing The Messenger kicked things off and weren’t intimidated in the least by who they were opening for.  They did a solid job at pumping up the crowd for the upcoming bands. I did notice some poor clean and back-up vocals, but everything else was spot on. Considering how they’re a San Diego band, Soma is probably like a second home.

Erra was up next and lived up to my already high expectations. They were instrumentally phenomenal (as always) and both hard and clean vocals did their part. Some high notes from their singer were drowned out by the rest of the band, but my biggest complaint is they didn’t play long enough.  Although, I suppose that’s technically a good thing because I wanted the hear more.

Afterwards came Within The Ruins. I’m going to be honest, I hadn’t heard much of Within The Ruins, but I picked up an album on my out because they blew me away. Joe Cocchi did some things to a guitar I never heard until seeing him play live. They had the same problem as Erra, in that they didn’t get nearly enough time to play as they should have.

Betraying The Martyrs had a little more difficulty at this concert. Their setlist was pretty good at balancing their newer and older songs, but they were sabotaged by the sound system. I don’t think they had the best soundcheck because many instruments and clean vocals were drowned out by the drums. They also had a problem with being a little too demanding of the crowd and asked us to do few too many things. It’s cool every once in awhile, but asking for about 5 circle pits for a handful of songs distracting.

Then Thy Art Is Murder took the stage. Personally, I never really got into Thy Art Is Murder. They don’t stand out enough as a deathcore band for me, but they still put on a good show. Lee Stanton (drummer) was outstanding and played the quick, heavy style I like in my deathcore. However, above all else, they had an amazing stage presence. They never minded when fans would get on stage and Chris “CJ” McMahon (vocalist) even took a selfie with a fan.

Finally, Born of Osiris was up and they killed it. Not only did they have a light show, so the few pictures I took were slightly above Bigfoot-conspiracy quality, but they sounded excellent. Everything from the guitar, drums, electronic parts and screams were performed extraordinarily well. The only nitpick I could come up with was the back-up vocals were drowned out quite often. But everything else was so great, that minor complaint did little to diminish the overall performance they played.

If you’re a fan of metalcore/deathcore and didn’t see this show, which is a possibility because it sold out, then you missed a once in a lifetime concert with an A-list lineup.