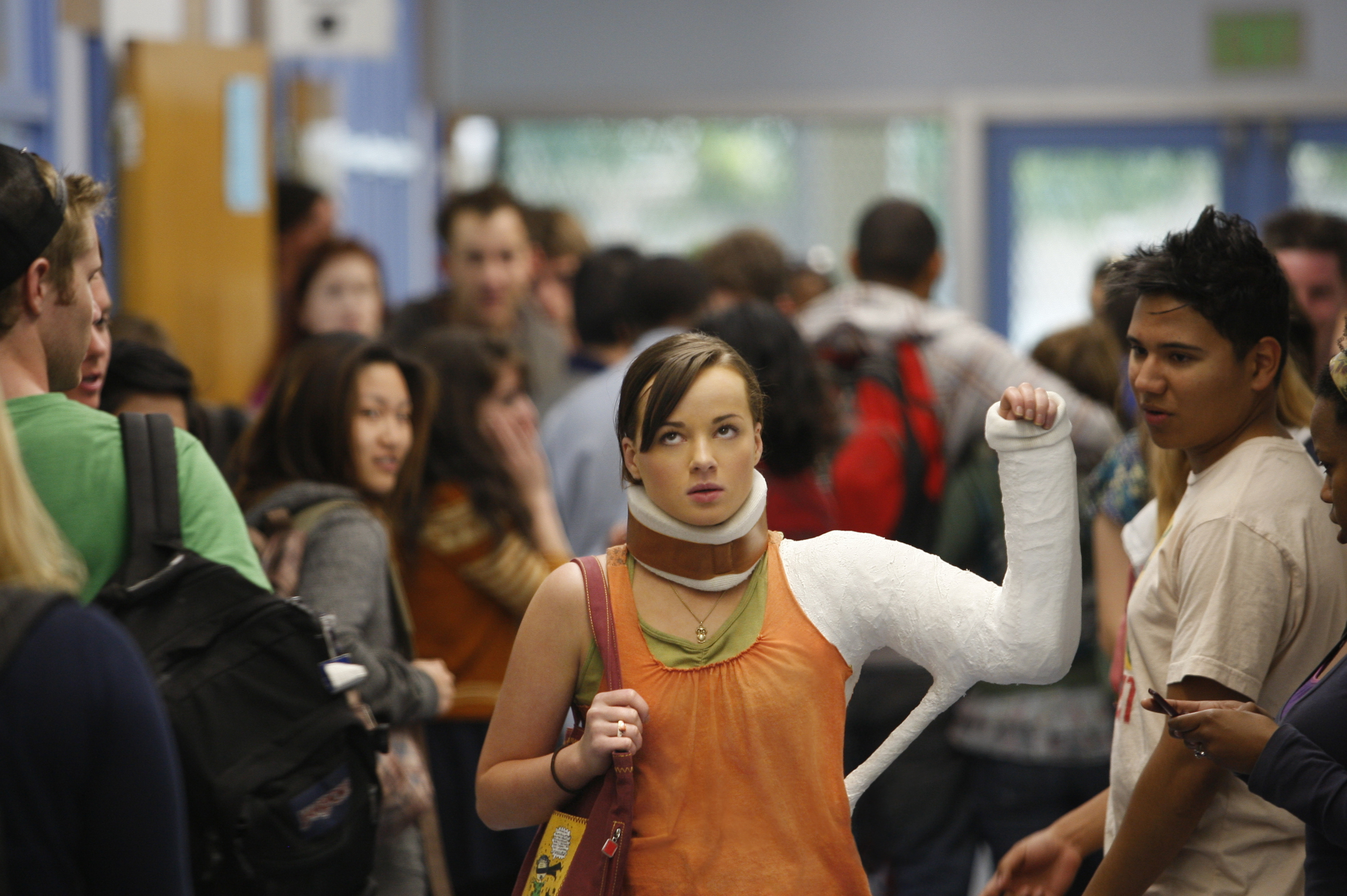 “Awkward.” It’s a show that’s immensely underrated and doesn’t get enough credit where it’s due, because as the finale closed the curtains on the reign of the current creators, the last line of the season finale redefines how important “Awkward.” is as a teen dra-medy and as a feminist statement. We’ve discussed this over the show, however re-watching the series I realize how important “Awkward.” is for our generation. Season 3 was a relentless crusade in demonizing Jenna Hamilton, turning her into an anti-hero who spiraled into drugs, a bad boyfriend, and a rebellious attitude which forces her mother to kick her out of the house. A risky creative choice, which left a lot of hardcore viewers thinking, “Why?”

Why did the creators want us to hate our once likable protagonist?

The last 10 minutes of the Season 3 finale of Awkward became a defining moment which redefined Season 3 and the whole series, as it gave new perspective on Jenna’s actions. In that final moment we see Jenna’s tremendous growth from that girl who needed to “define the relationship” or DTR for short, to the girl who aspired to be single and happy.

When the audience is initially introduced to Jenna Hamilton, we have to witness her undergo a tragic chain reaction of events which involve her losing her virginity, reading a hateful letter, and an accident that is misconstrued as a suicide attempt.

Revisiting the pilot, one can’t help but notice the drastic difference between Season one pilot Jenna and Season three finale Jenna. Witnessing Jenna in retrospect, I realize upon seeing Jenna in a cast that there is something inherently broken with Jenna and that is her own perception of herself. The cast is emblematic of Jenna’s broken self-confidence,.

Her lack of self-esteem and confidence is evident throughout Season one and two as she awkwardly tries to define her relationship with Matty. What’s broken is not her and Matty’s relationship but it’s Jenna’s perception of herself.

In feminist terms, Jenna throughout Season one to the Season three finale is a “relative being,” a being who lacks in full personhood without a dominant male. Much of Season one and Season two focuses on Jenna’s personal dilemma between deciding her instinctual true love, Matty Mckibben, and her logical love, Jake Rosatti. It is much of this focus on the love triangle during these two seasons which allows for much of Jenna’s insecurities to take front stage. Jenna, in no what way, can have confidence about her own being, without being with either boy. For her during this stage in her life, there is no choice to just simply be “single and happy.”

Season three presented a dark exploration into Jenna’s insecurities as Jenna consistently questions her relationship with Matty by asking “Why me?” “What does he see in me?” The rift between what Matty sees in her and what she sees in herself is accentuated in “That Girl Strikes Again” when Jenna asks Matty what he likes about her. She can’t bring herself to believe that someone could love her personality because Matty and Jenna’s relationship started out as a physical affair.

As the season wore on to the mid-season finale, we see the demons of the past coming back to haunt Jenna and Matty. Matty admitting that he was humiliated of Jenna’s “suicide” It reveals a truth about Matty that we as viewers had not seen before. It is easy to often get lost in Jenna’s perspective, as we view her life through her eyes, however we realize that Matty is as broken as Jenna is. It is this exact truth that acts as a catalyst for Jenna’s descent into Collin.

The Season 3 finale wraps the series up in a clean bow, it doesn’t deliver a question of Jenna’s love life but rather a statement. A feminist statement which simply states that a girl, like Jenna, doesn’t need to DTR or feel insecure because she doesn’t have a man. Self-confidence doesn’t come from being with a person who tells you who you are, it can only be derived from the self.

Which is why Jenna’s statement in her last dance with Matty is so much more important where she states,

“I didn’t love myself enough to let you love me.” It’s an important message to send to teenagers like myself and my peers, who feel we cannot be defined unless we are defined by others. Especially for those of us that make mistakes and have self-esteem issues.

It defies all teen dra-medy stereotypes where redemption can only be derived from romance or be achieved by getting the guy. Jenna’s redemption derived from her dealing with the consequences of her actions and not in romantic context.

Unlike most fans, I feel like if Jenna did get back with Matty in the season finale, the series would lost its meaning. The series is not about romantic relationships, but about the experience of being a teenager and trying to discover self-identity in a world that tries to define you before you even have a say.

Awkward. is about that awkward time that are your teenage years where you don’t know quite who you are and who you want to be. It’s about the things you do in this period where you do try to find yourself, whether it be running a blog, running for school president, going to parties, and getting into relationships. However, it isn’t all about one thing but it encompasses everything we try to define ourselves with.

It’s about willing to make mistakes like Jenna, and the willingness to learn from it and grow as a person.

We are not perfect, much like Jenna, we may cheat on our boyfriends, we may rebel against our parents, we may attempt suicide, we may drop all our friends and become total bitches. But it’s how we deal with our mistakes that define who we are.