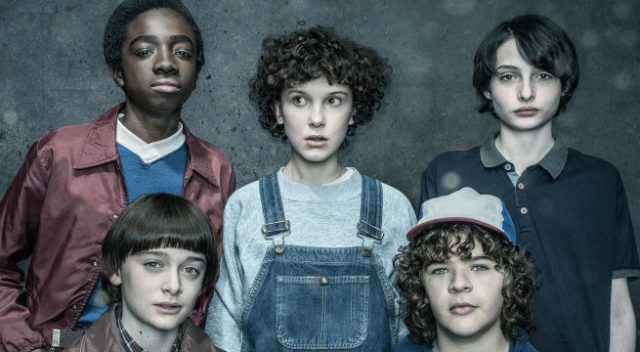 Netflix original series “Stranger Things” has launched its second season with nine episodes at midnight on Friday, Oct. 27.  The new season brings back the same cast as Season 1, in addition to several new characters who are played by Dacre Montgomery, Sadie Sink and Sean Astin. It has also been well-received. According to Rotten Tomatoes, 93% of the audience liked Season 2 and 94% of all critics liked it.

“Stranger Things” has broken the Twitter record of becoming the most tweeted-about streaming show during its Season 2 premiere over the weekend.  In the first three days of the recent season’s launch, Twitter users have created more than 3.7 million tweets about the show, as reported to “Variety” by Twitter.  The most tweeted-about hour was at 11:00 a.m. Eastern time on Friday.  The most tweeted-about characters from the show are Eleven (Millie Bobby Brown), followed by Will (Noah Schnapp), Hopper (David Harbour) and lastly Dustin (Gaten Matarazzo).

However, “Stranger Things” is not the only original Netflix series to perform well on Twitter.  High school drama series “13 Reasons Why” became the most-tweeted show of 2017 after only one month from its release date on March 31. The numbers have not been updated since earlier this year.

Even though Netflix does not release the ratings of its shows, “Stranger Things” is one of the most popular and best-reviewed series on the site. According to rating information formerly reported by Symphony Advanced Media, the show’s first season ranked as one of Netflix’s most-watched shows of 2016, averaging over 14 million viewers adults from ages 18-49 in its first month. It only took 15 months for creators Ross and Matt Duffer to write, film and add all of the special effects to the second season. The release date for Season 3 is estimated to be at the end of 2018 or early 2019.