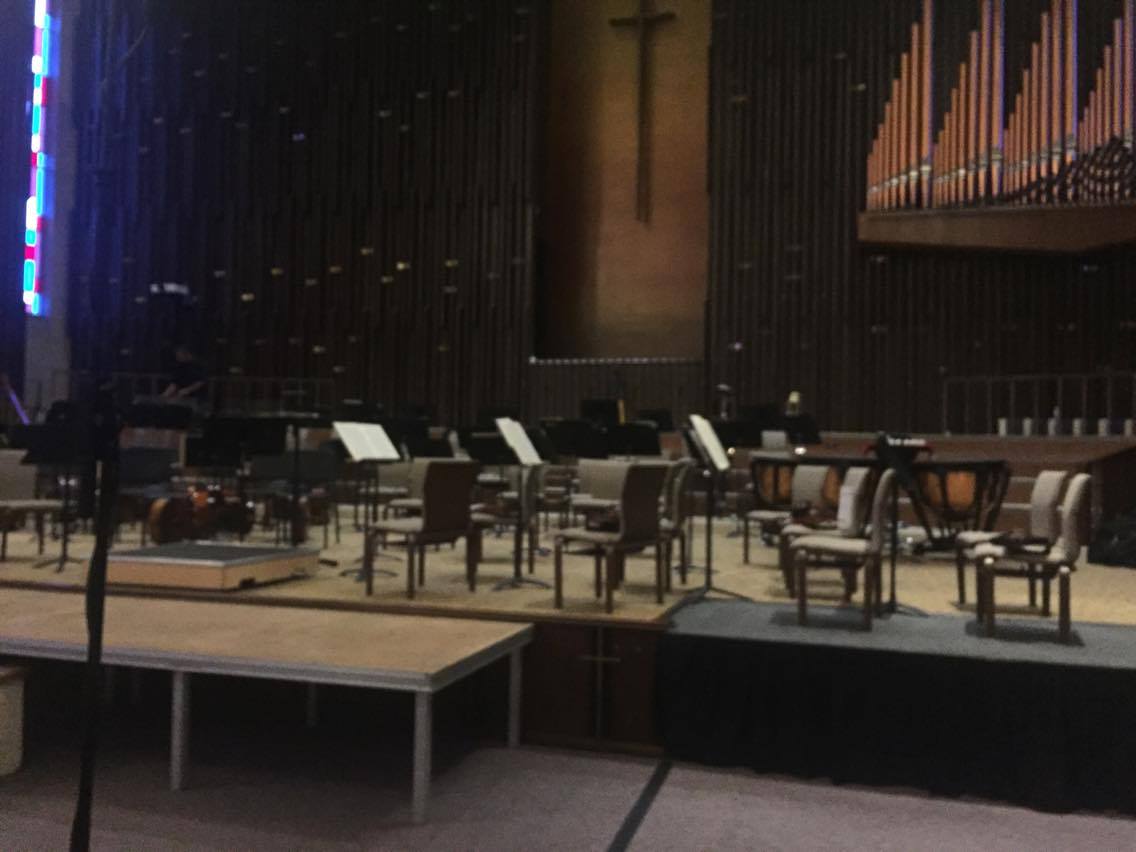 San Diego State University choirs and symphony orchestra took the stage at the College Avenue Baptist Church on Saturday, April 22, to perform Brahms’s “Symphony No. 3” and Dvořák’s “Mass in D.”

Gerdes introduced the show, emphasizing his genuine gratitude for the audience being there.

“If it wasn’t for you, this would just be another rehearsal,” he said.

The the first half of the two-hour concert featured the symphony orchestra performing without the choirs, playing Johannes Brahms’s “Symphony No. 3,” which was originally written in 1883. The piece is divided into four movements, “Allegro con brio,” “Andante,” “Poco allegretto” and “Allegro – un poco sostenuto.” The performance was largely driven by the sharp melodies of the string section, especially the violins.

The most famous movement of the piece, the third movement, opened with the low, rich sound of the cello and moved into a solo horn before entering the fourth movement. The climax of the entire piece was reached during this finale, peaking with the mightiness of the cellos and horns. The theme of the first movement was brought back before the piece ended in the most complete and satisfying way possible.

An intermission followed before the choirs joined the symphony orchestra onstage for Antonin Dvořák’s “Mass in D,” originally written in 1887. The religious Latin song is divided into six sections, “Kyrie,” “Gloria,” “Credo,” “Sanctus,” “Benedictus” and “Agnus Dei.” The audience was given English translations of the lyrics, but the power and emotion from the choir was enough to transcend the language barrier.

The choir was fronted by four student soloists: Carly Cummings (soprano), Mary Saffell (mezzo-soprano), Shahen Ohanian (tenor) and Zlatoslav Sokolov (baritone). Each singer brought a unique voice to the mix, but they complemented each other stunningly. The intricate and pleasing sound of the Latin language provided an additional layer of beauty to the piece, making the prayer even more compelling.

Overall, the choirs and the symphony orchestra clearly showed that they were well prepared for the concert, yet they did not lose any of the passion the pieces called for. They did not view the music as pure academia, but as art to be shared with the audience through their dedication and coordination.