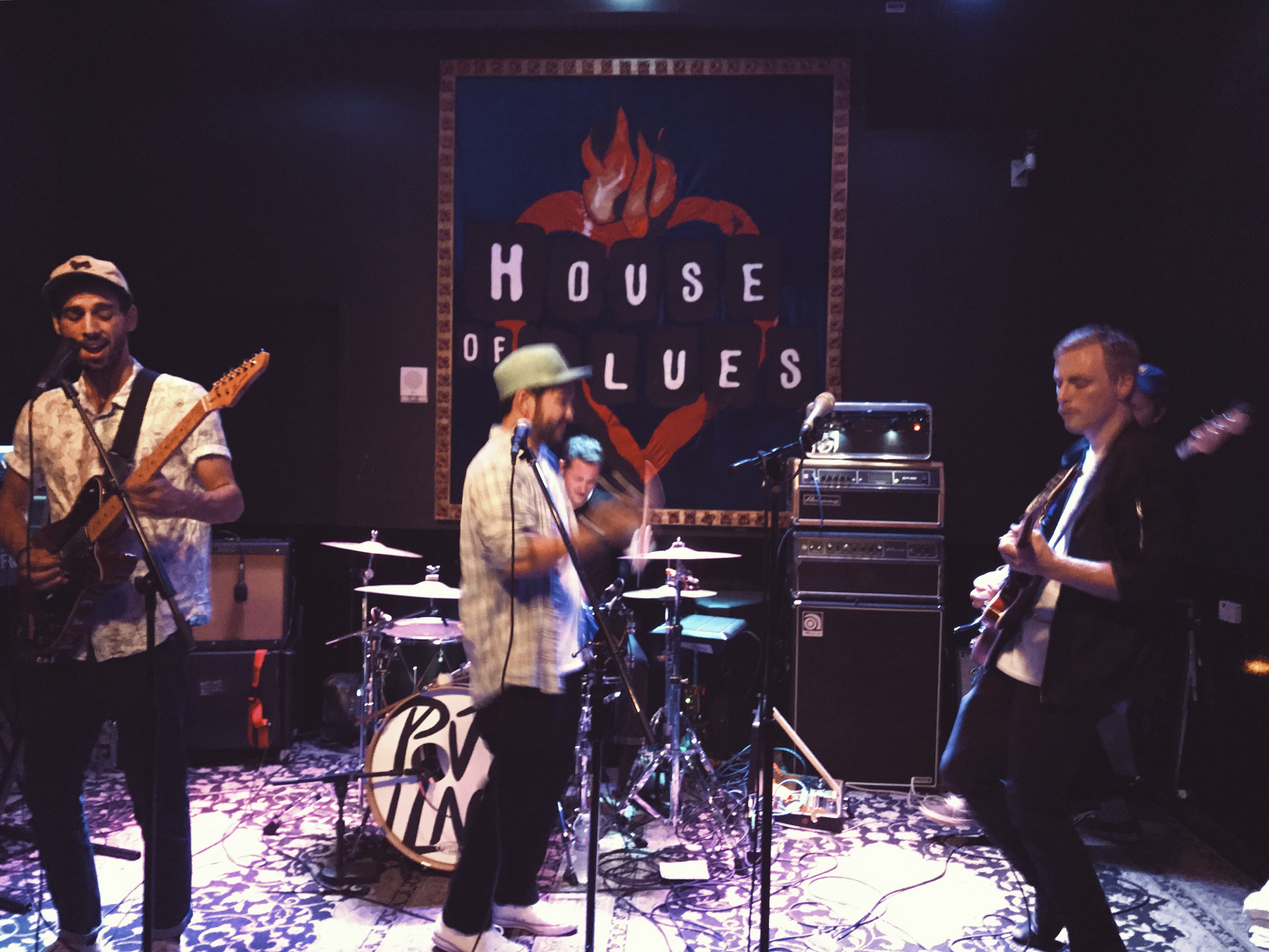 Once again Private Island found themselves gracing San Diego’s House of Blues. Musical acts Mating Ritual and Creature Canyon joined them. On Saturday, Nov. 11 the band came out onto the shared space to an antsy crowd. Instantly, the room was filled with beachy vibes as the band started their performance.

As a surprise to most, Private Island threw things back and switched it up by performing their rendition of Frankie Valli’s “Can’t Take My Eyes Off You.” In the band’s own fashion they brought a fresh and vibrant twist to the classic while still remaining true to the source material. Something about the band’s version of the song brought a cohesive energy to their live show that most bands seem to miss out on. At this point during this song, the whole crowd was moving and singing along. Private Island’s bassist Tommy Knickerson and lead guitarist Cameron Anderson couldn’t help shaking it as well.

With a slight change up in instrumentation, female vocalist Michelle Guerrero provided the synths and keys for the night while Roger Mawer played rhythm guitar. The band was able to exude the L.A. ‘indie-pop’ sound that they’ve been known for, while bringing the dark melodical R’n’B tones that come across in their new songs. Private Island seems to have found the sweet spot with playing their new songs live. The performance gave the audience a chance soak up all the nuances of the darker grooves of the new singles.

Lead vocalist, Christian Lum took the wheel that night and left the audience with their arms waving out the windows, all the lit up faces were entranced with Lum’s vocals and way with words. Drummer Timothy Barbour provided the backbone for the whole night. Truly talented and a presence all on his own, Barbour kept the beats grooving and the people moving.

Next time Private Island rolls through to San Diego or to your respective city, be sure to jump on the bus and jam out with L.A.’s freshest indie band. They’ll continue their tour all the way through December 7, with their last stop in Phoenix, AZ, where they’ll be playing the Valley Bar.