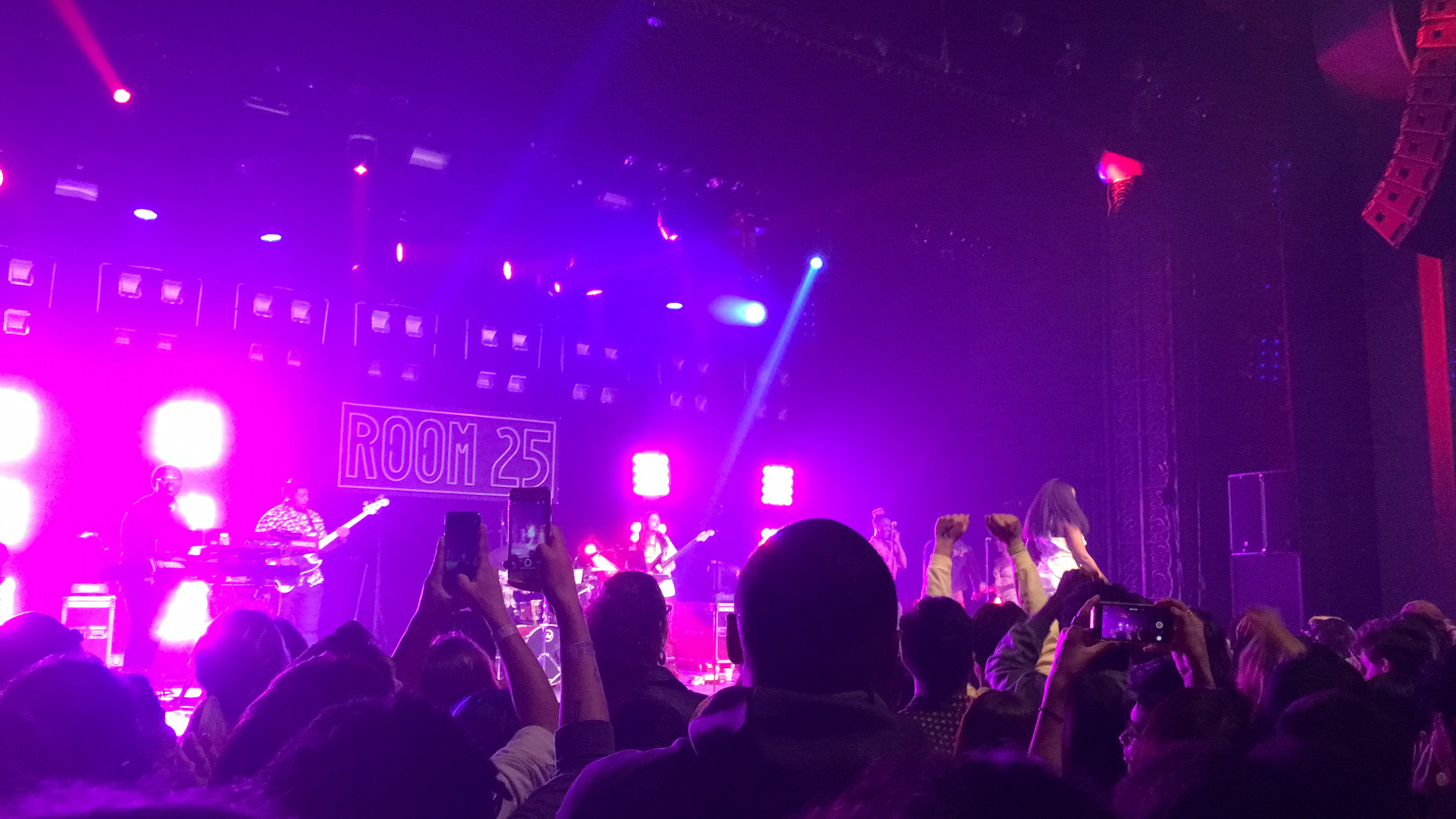 This past Saturday, March 16th, Noname performed at The Observatory North Park in San Diego.

This was Noname’s last stop of her North American Room 25 tour, celebrating the release of her second album, “Room 25.”

The show started off with another Chicago based rapper, Elton. Before, I had never heard of Elton, although seeing him on stage performing made me want to know who he was. Elton brought a certain charisma that drew you too him. He performed with such energy and mojo that made the crowd want to vibe to his music and incredible voice. Elton got the crowd grooving with him throughout his performance, clapping along to his songs, chanting with him, and snapping to the beat. At one point, Elton even began crowd surfing. Elton displayed a certain amount of control with the audience, talking or moving then the crowd reacting back to him. Towards the end of the performance you could see how Elton brought out the audiences’ energy, as he got the whole place grooving with him.

After Elton, the lights slowly dimmed until all you could see was the luminescent sign on back of the stage shining bright saying, “ROOM 25,” while the whole crowd began to scream waiting for Noname to come out. Suddenly, the music began and out came Noname singing along. She was incredible, and you could see that she was having fun as she performed on stage talking with both the band and the audience. Whereas a lot of artists seem to put on a front, Noname seemed to be genuine, acting like her “true” self.

She performed songs from both her first debut album, “Telefone” and her latest album “Room 25.” She even performed her recently released single “Song 31.” It was beautiful hearing her perform, the amount of talent that she displays as a lyricist and artist is incredible. Hearing her perform her songs and the crowd singing along with her made for a fun Saturday night. Everyone in the crowd grooved along with the music and the amazing flow, talent, and comfort that she displayed on stage made you want to sit back and enjoy the show.

Sadly all great things have to come to an end, after the show Noname left the stage and the theater went dark. Fortunately, she came back to perform one more song after everyone began to scream out “Encore.” After finishing out the night with her last song, Noname said her final goodbye and thanked San Diego for coming out for seeing her that night. And thus marked the end of her North American Room 25 Tour.