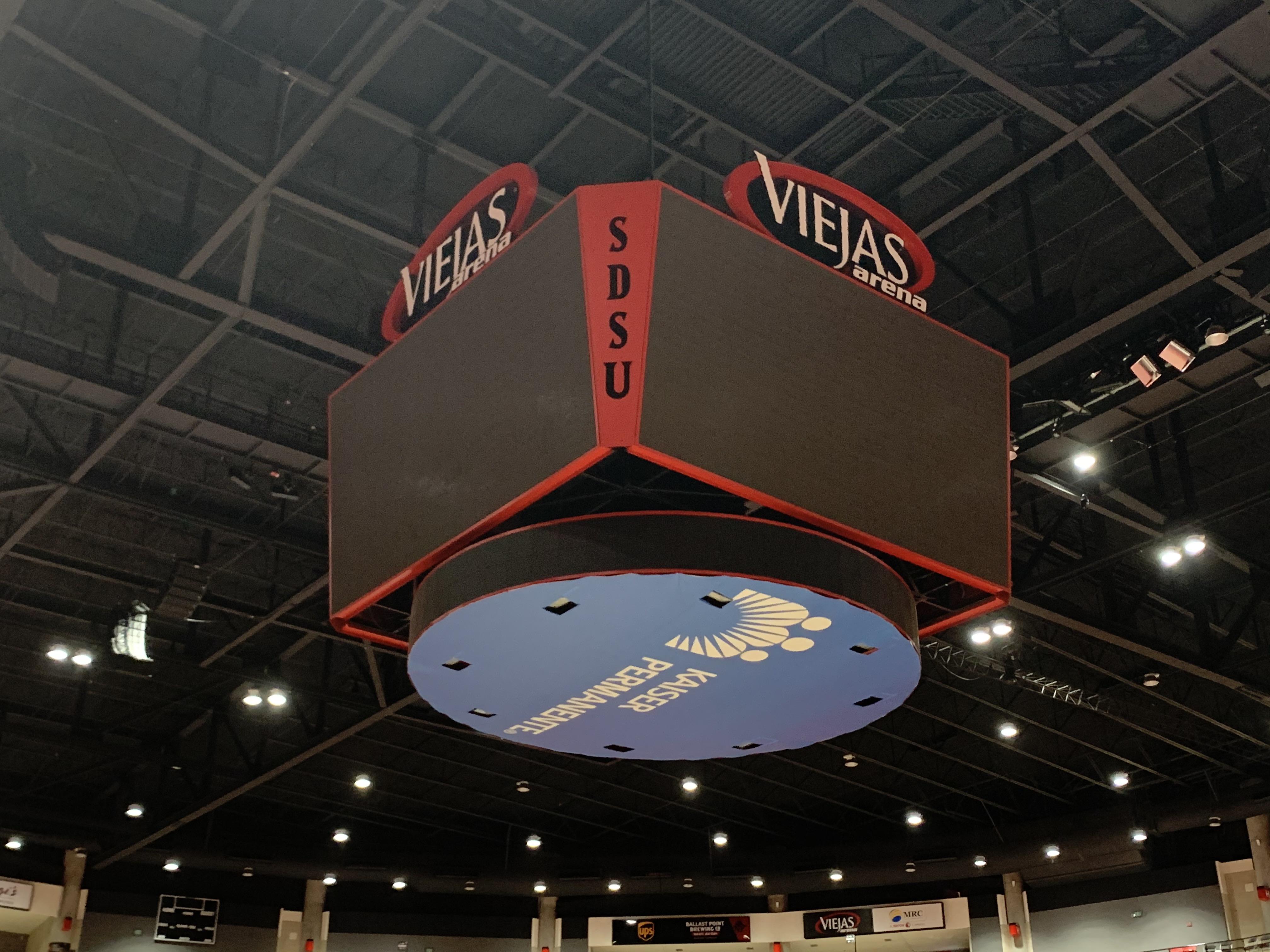 In the final seconds, junior Matt Mitchell shot near half court and it missed. It would’ve sent the game into overtime.

“This one loss is a reality check.” Mitchell said, “It shows we’re not invincible.”

Mitchell finished with 13 points on 37.5% shooting.

SDSU men’s basketball led for less than two minutes the entire game, it was their cold shooting in the first half which put them too far behind.

“UNLV played a very good first half.” Dutcher said, “They shot 57% from the field, almost 50% from three and created a big enough lead where they got comfortable.”

The Aztecs were averaging 74.3 points per game when playing conference opponents like the Runnin’ Rebels, but today their offense was stagnant.

Junior Malachi Flynn led the Aztecs in points, assists and rebounds, but even his late game heroics weren’t enough on Saturday.

With just over two minutes remaining, Flynn hit a three pointer and it cut the UNLV lead to six. He then made two free throws and cut the lead to only four.

After Flynn’s late game free throws, sophomore Aguek Arop blocked a Runnin’ Rebel layup and then scored a layup on the other side of the floor.

It brought the Aztecs within just two points.

On SDSU’s next possession Flynn hit another three pointer and it made the game 64-63, Rebels.

However Mitrou-Long was intentionally fouled yet again and he hit two more free throws to nearly ice the game.

“We lost and it’s the first time it happened,” Flynn said, “It doesn’t feel good.”

As for the Aztecs and their ranking, this loss will likely drop them from No. 4 in the nation.

“Time will tell, we’ll see soon enough.” Dutcher said. “We have to get off it, we have to win our next game and we have to keep winning games. The only thing we can control is our own performance. We can’t control where people decide to put us in the poll.”

The Aztecs didn’t get the production they are used to from Yanni Wetzell. The big man shot 1-for-6 from the free throw line and scored only seven points.

Senior KJ Feagin also struggled to find the bottom of the net. He only scored five points and shot 25% from the field. It was a night where the Aztecs shot 29% from three and 38.9% for the game.

They’ll play again at Viejas Arena for senior night on Feb. 25 at 8 p.m.