If you are a foodie, you know that San Diego is home to some of the best eats in the country. There are numerous restaurants, juice bars and eateries all over the city – too many to count! Being one of the most health-conscious and sustainable-minded cities in Southern California, San Diego is known for its trendy vegan food spots. In the small, hip neighborhood of South Park, an eclectic vegan restaurant, called “Kindred,” opened last year. On St. Patrick’s day, my friends and I were debating where to get dinner. One of them had heard about Kindred and suggested that we check it out. Little did we know that we were in for a huge treat – this restaurant exceeded our expectations in every possible way. The design, the decor, the ambiance and the food, of course, were out of this world!

The design was a twist of airy, feminine, modern and vintage all in one. Intricate, pink wallpaper lined the sides of the restaurant and a pattern of mirrors covered the ceiling. A huge, beast-like creature was mounted on the wall above an individual booth, and flowers and candles were strategically placed on mantels along the walls and tables throughout the restaurant. There were no windows, but KINDRED was completely open to the crisp, evening air. There was social bar seating, intimate table seating and comfortable booth seating.

Overall, the restaurant had an edgy but elegant feel. It was packed with people, so it was pretty noisy. There were many different conversations going on and music was playing in the background throughout. It felt very upscale, but the prices were reasonable (around $10-$15 per person) for the quality of food that was served. Kindred had great service and plenty of accommodations.

As I mentioned earlier, the food was TO-DIE-FOR. I would even recommend this restaurant to meat lovers, because some of the dishes actually tasted like they were made out of real meat. The flavor profiles were amazing and there were so many unique entrees to choose from. I personally loved the “chargrilled seitan skewers” with chimichurri (green sauce flavored with parsley, garlic, oregano and red pepper), horseradish aioli, and harissa (pepper paste). Seitan is imitation “wheat meat” – condensed gluten that tastes like meat when cooked. Some of my friends have never tried seitan before and were amazed by this product. They said they couldn’t taste the difference between it and actual meat. A few other entrees we tried included a grilled cauliflower dish with three sauces on the side, and a huge salad bowl with quinoa, beets, sweet potatoes and other veggies.

I highly recommend this restaurant to anyone who is looking for an affordable fine-dining experience. And if you’ve never tried vegan food, this spot should be number one on your list. It’s life changing. 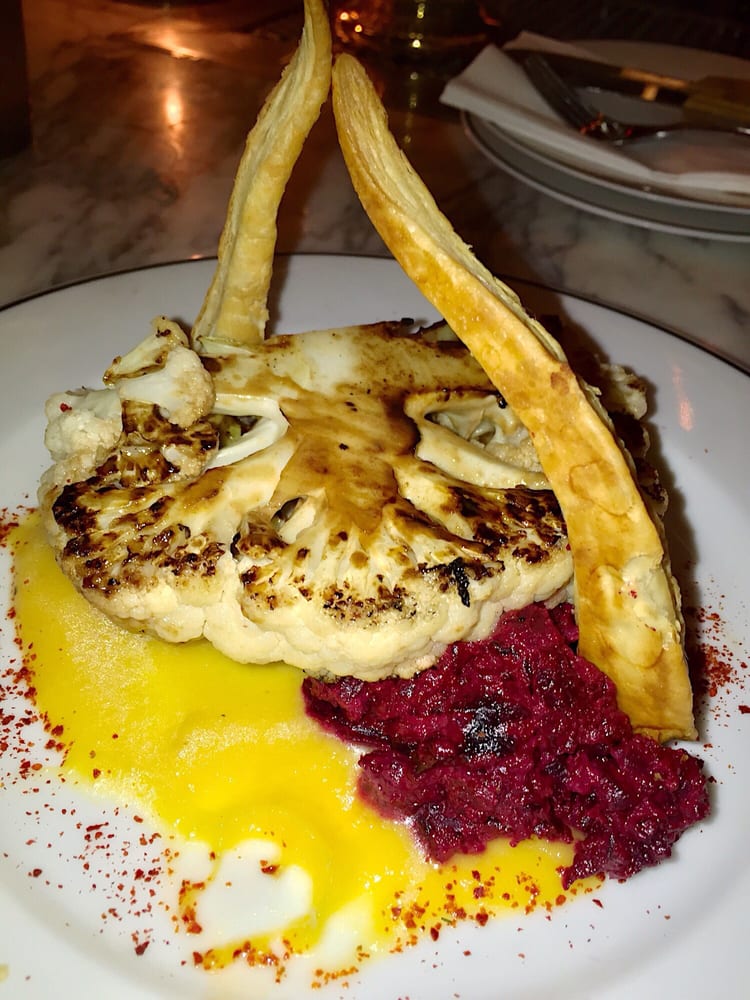 Rachel is currently a sophomore at SDSU studying Foods and Nutrition. You can find her wandering around San Diego, always looking for an adventure. She is an advocate of good style, passionate about all things health and fitness, and enjoys art, music, and culture. Oh, and good food. Can't forget that one.