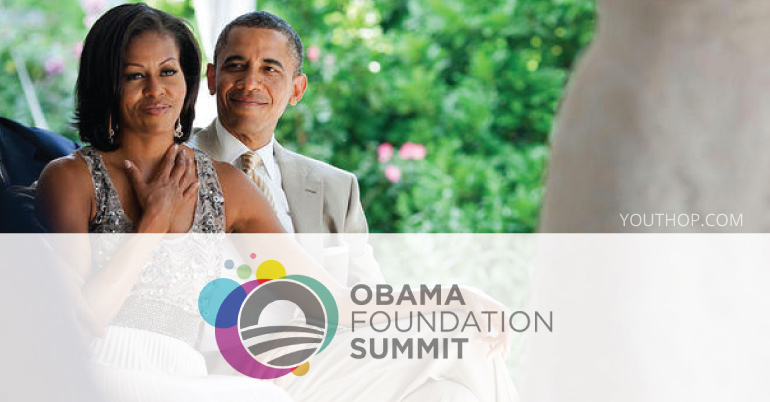 On Oct. 31 and Nov. 1, the Obama Foundation will hold the Obama Foundation Summit in Chicago and host civil leaders from around the world.  Hundreds of leaders will join together to exchange ideas, talk through creative solutions for common problems, and experience art, technology and music from across the world.  The Summit will have five main stage sessions with discussions, such as encouraging young people to improve their communities through creativity and technology.  The Summit will include other breakout sessions that will discuss culture and art and how they impact the identities of citizens all over the world.  The objective of the breakout sessions is to provide the attendees of the Summit with new skills and to engage them directly in conversations.  Some of the main stage and breakout speakers are:

The closing event of the Obama Foundation Summit will attract thousands of people, and will celebrate the efforts made by civic leaders and civilians to inspire and make positive changes in their communities.  Chance the Rapper is working with the Obama Foundation to plan a closing performance, which will include other musicians, such as Gloria Estefan and The National. Other artists that have yet to be named are also expected to perform.

“As soon as I heard about the summit, I jumped at the opportunity,” Chance the Rapper says about Barack Obama’s inaugural summit in a recent interview with Rolling Stone.  “There’s a lot of great things going on in Chicago and I love the collaborative effort of being able to be at some of these talks and hear what people have going on and figuring out how I fit in. The fact that the president is jumping ahead of programming before the [Obama Presidential Center] gets built is inspiring.”

For those who cannot attend the Summit in Chicago, there will be a livestream of the event at: https://go.obama.org/page/s/summit-signup?a