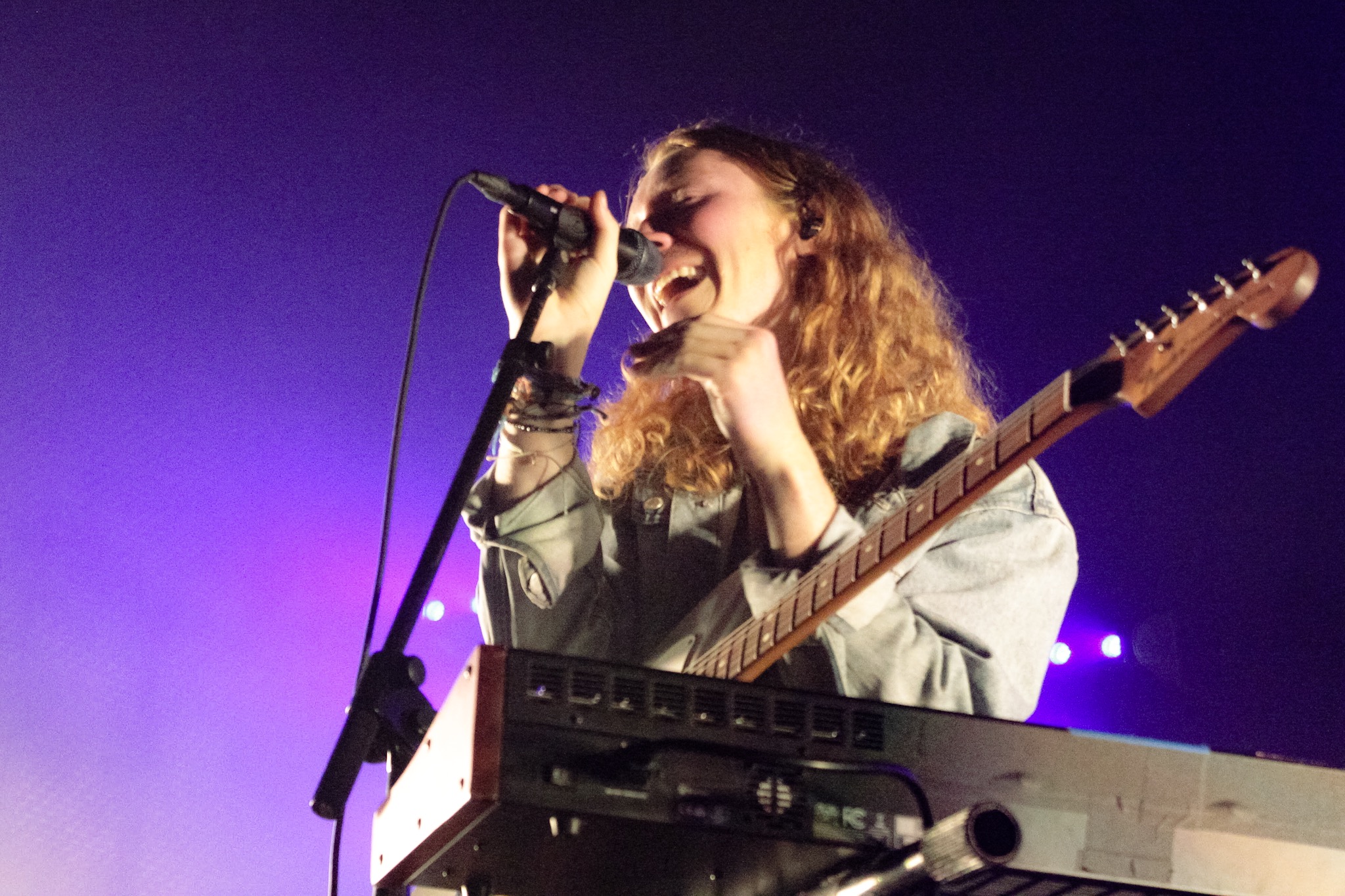 On Saturday, October 12, 2019, flor ended their tour presented by Ones To Watch at the Music Box for a night of dancing, good music, and memories.

I first saw flor earlier this year as an opener and I had honestly never heard of them before, but I instantly fell in love with them and their music. This time, flor headlined the Music Box and I was more than excited to see them again.

Anticipation began to build up once fans at the barricade started getting prepared; passing out paper money to throw during “money,” and receiving photos of a bird that flor’s tour manager handed out to hold up as a surprise for the band later in the show. These little projects brought the crowd together and made the show feel more like somewhat of a family reunion, which I know is how a lot of flor’s fans see their shows, and rightly so.

flor kicked off their set with “slow motion” and “heart” and saying the crowd was excited for them would surely be an understatement. At every corner of the Music Box, people were dancing and singing along. flor is quite talented at creating an atmosphere where you feel more than welcome to just let go and have fun.

One of my favorite songs off their sophomore album ley lines is “dancing around.” Its refrain “I can’t wait I’ve been longing to be dancing around again” had been playing over and over in my head since I found out I’d be seeing them again, to hearing this song live.

The night ended with three of flor’s most popular songs: “rely,” “hold on,” and “warm blood” off of their first album come out. you’re hiding. These three tracks were also my favorites when I first heard them live, and are still some of my favorite live songs.

From beginning to end, flor knows how to put their all into an energetic show; and so do their fans in the crowd, making for an incredible night full of dancing and of course, good music. Their San Diego show was a bittersweet one, being the end of the tour, but still packed with an intensity that kept me from wanting the night to end. Being at a flor show is definitely a special feeling, and I cannot wait until they’re back.