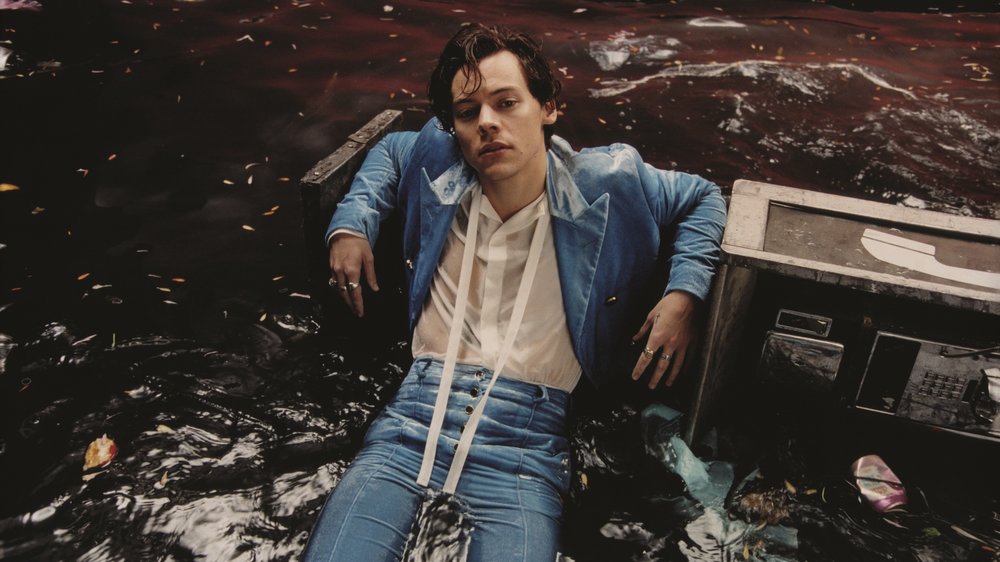 Sept. 19, 2017. Echoes of the song “Ever Since New York” play from the stage, which is covered by a pink banner. As the third echo plays, the spot light hits the banner revealing his shadow. The banner drops and Harry Styles is revealed to the Masonic Theater in San Francisco on his first show of his first tour. A rockstar was born.

Now, we all have heard of Harry Styles by now. Whether it be since the heyday of One Direction from 2010-2015, or since his first solo single “Sign of the Times” was released. But, there was always the nagging feeling that he could be a bigger star than he already was – and he proved us right.

For those who may not know, Styles auditioned for the X Factor UK in 2010 and was put into a group with four other boys to form what is presently known as One Direction. One Direction had many “bubblegum pop” songs, starting with the infamous “What Makes You Beautiful,” and going on to many others, such as “Kiss You” and “Best Song Ever.” With millions of young fans, Styles was undoubtably the most popular in the group. His personality shined on stage and his voice grew stronger with each passing album. As One Direction fans grew older, so did One Direction. The last two albums from the group contained many songs written by the members. While in the group, Styles wrote “Stockholm Syndrome,” “Olivia,” and several songs that were recorded by various artists (most notably Ariana Grande’s “Just a little Bit of Your Heart”). He was surely coming into his own as a singer, performer, and songwriter.

In 2015, when the group split up, many fans and even critics were interested in what Styles would release. What kind of music was he connected too? Does he have what it takes to be an actual solo artist? Who actually is “Harry Styles”? Would he flop? The answers to all these questions were provided when he released his debut, self-titled album on May 12 of this year.

His song “Sign of the Times” ruled the airwaves this past summer. And, his appearances on popular TV shows, such as “Saturday Night Live” and “The Late Late Show with James Cordon” (which Styles was a guest on for an entire week), showed the world how funny, carefree, and lovable the 23 year-old heartthrob actually is.

Styles’ album had many ’60s and ’70s rock-n-roll influences. His song “Woman” has a clear psychedelic, Bowie-like influence that wasn’t necessarily expected from someone with a track record like Styles’. In his harder rock songs, “Kiwi” and “Only Angel,” we can hear the influences of other legendary artists, such as The Kinks and The Rolling Stones. As for his slow ballads, “Meet Me in the Hallway,” “Sweet Creature” and “From the Dining Room Table,” we get hints of Lennon-McCartney sounds.

Since the album was released, many rock-n-roll legends have showed their support for young Styles. People such as Mick Jagger, Gene Simmons and Mick Fleetwood are noted fans. And, the legend Stevie Nicks even sang a duet of “Landslide” with Harry Styles during a secret show at the Troubadour.

This album proved to his fans and the people who doubted him that he was indeed unique and talented, and most importantly, here to stay.

In an interview with Rolling Stone magazine, Styles states that he wanted to be honest with this album. He wanted to tell his stories and be honest, which is “something he hadn’t done before.” If we look at the response from fans, critics and those in between, we could say that his honesty put him on the path to rock-n-roll stardom.

With Grammy nominations on the horizon, I wouldn’t be surprised if we see his name on the list. All in all, Harry Styles is THE rockstar we need in this day and age.

Featured image: All rights to Columbia Records. Retrieved from here.