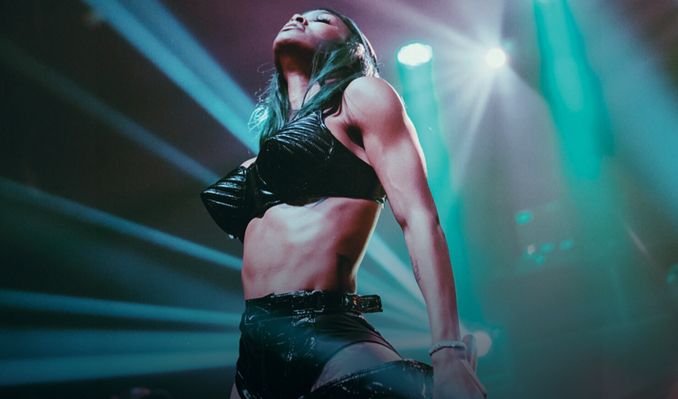 DaniLeigh and Teyana Taylor Release A Year’s Worth of Pent Up Sexual Energy Within Two Hours.

Traveling to San Diego as part of the Keep That Same Energy tour, DaniLeigh and Teyana Taylor’s performance at the North Park Observatory was an absolute visual phenomena. Despite drama surrounding the tour, fans needn’t have worried, as all the performers brought their A-game in delivering what was undoubtedly the sexiest performance the Observatory will see this year.

Bringing out an assortment of DJs and performers throughout the shows two and a half hour runtime, the show never let up once it began. Although the performers seemed more present than the crowd itself, each performer managed to distinguish themselves in their sets. While Jade Novah’s performance lacked the same visual flair given to DaniLeigh and Teyana Taylor, Novah’s performance was nevertheless great. Accompanied by a few musicians, Novah’s onstage romp filled the room with a mix of trap beats and live instruments. If nothing else, the rapper asserted her identity as an artist to soon be reckoned with.

Surprisingly, DaniLeigh’s performance was actually more defined by the dancing rather than the music. The 23 year old performer was clearly utilizing all her skills to put on the best performance possible; everything from the visuals to the musical elements was fantastic. Complete with a choreographed dance routine and support from a backing DJ alongside her own singing, DaniLeigh left no stone unturned in her quest for a perfect performance. Her skill as a performer is not to be understated, as songs such as “Lil Bebe” resonated with a youthful energy that only young musicians can create. And her choreography was something else — witnessing something that well rehearsed is a feat you rarely see in younger or newer artists.

As much as I could praise DaniLeigh, Teyana Taylor was the absolute sensation of the show. Honestly, her performance was so enthralling that the crowd must’ve been too entranced to remember how to move. And it’s probably due to the fact that visually, Teyana and her crew were absolutely stunning. With a variety of outfits which left little to the imagination, their style was something you’d glimpse out of the flashiest fashion magazine. Aided by the perfect unity in which they moved across the stage, every moment was breathtaking from start to finish. Even the improvised moments of the set managed to set jaws on the floor, as Teyana (literally) seduced a female audience member, vogued with possibly the most fabulous man alive, and sang to her child.

And that’s not even mentioning how the music was! Reinforced with multiple musicians, each were merely pawns in Teyana’s seduction of the audience. Songs such as “WTP” pulsed with same heart-pounding energy as the digital recording, whereas slower songs such as “Gonna Love Me” and “Issues/Hold On” maintained their melodic intimacy. Meanwhile “Rose in Harlem” closed the set with one of the best closers I’ve ever seen, as the previous performers gathered once more on stage amidst a flurry of lights, bodies, and noise in what was nearly an overwhelming experience.

If this is what future performances from these artists can look like, then people better keep them on their radar, if they’re not already there. They exhibited, for lack of better words, a true visual feast for the senses!