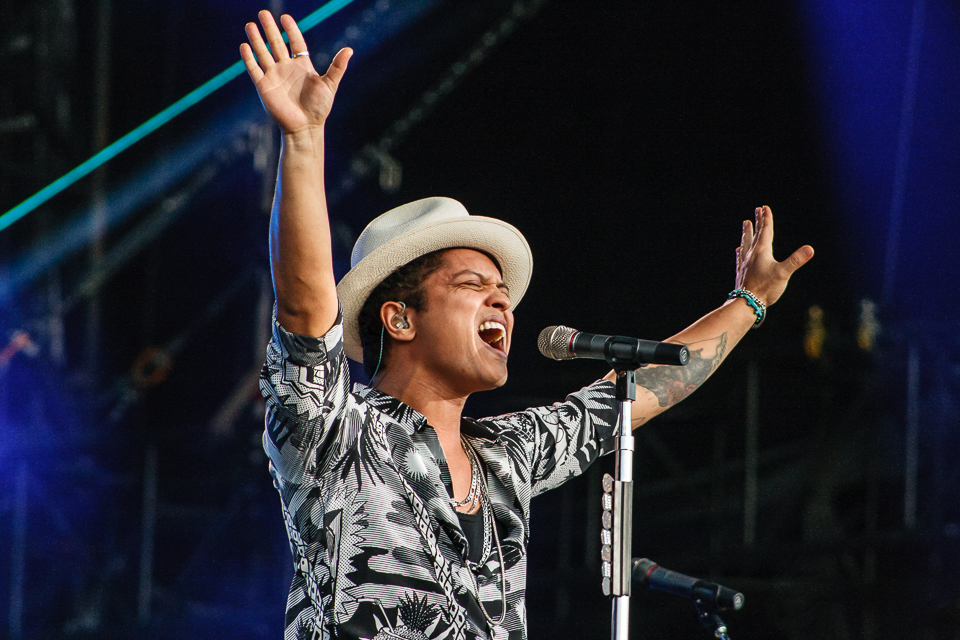 With the release of his new album “24K Magic,” Bruno Mars has transported pop back to the ’80s. No longer is he the charming, romantic crooner everyone knows and loves. Now, he is an entertainer oozing sex appeal. From his flashy clothes to his wild dance moves, Mars has added his own flair and originality to the airwaves. No one expected the “The Lazy Song” singer to go from chilling in a snuggie to dancing in a sequined getup surrounded by beautiful women – but it happened. And, it works.

The catchy hooks on this album have reestablished Mars as a musician with undeniable talent. However, he could not have created “24K Magic” without the inspirations of soul, disco and R&B artists such as Marvin Gaye, R. Kelly and James Brown. Mars flaunts his charm through the seductive slow jam “Versace on the Floor,” showing some possible inspiration from the R&B group Boyz II Men. “That’s What I Like” takes a ’90s approach with its funky bass riffs and playful vocal melody. The New Jack beat, rhythmic synths and Mars’ vocal delivery make this song the ultimate bop. The song “Finesse” starts off with banging drums that lead to a dance-able chorus, which gives off some serious Bobby Brown vibes. Overall, “24K Magic” is a music industry game changer.

Bruno Mars’ smooth implementation of synths, funky bass lines and foot tapping beats have cultivated an album of perfection. His ability to transform from a fedora wearing crooner to a snapback, gold chain stunting swag master shows his versatility as a musician. As a result, this album is an ode to the passion for music and entertaining he has had since his Hawaiian childhood.

Since birth, Bruno Mars has always been surrounded by music. The stage was practically his second home. He found his calling for performing when he took part in his family’s music show as an Elvis impersonator. Growing up in Hawaii, where the only thing he could do was play music, Mars honed his craft. These humble beginnings have pushed him to transform into the dynamic performer he is today.

I have no doubt that Mars’ musicianship will inspire others. His versatility sets him apart, probably due to his childhood on stage. Mars recognizes this, and has called his performance filled childhood some of the best years of his life. As a result, Hawaii has raised an entertainer who continues to push boundaries and create new standards for music.