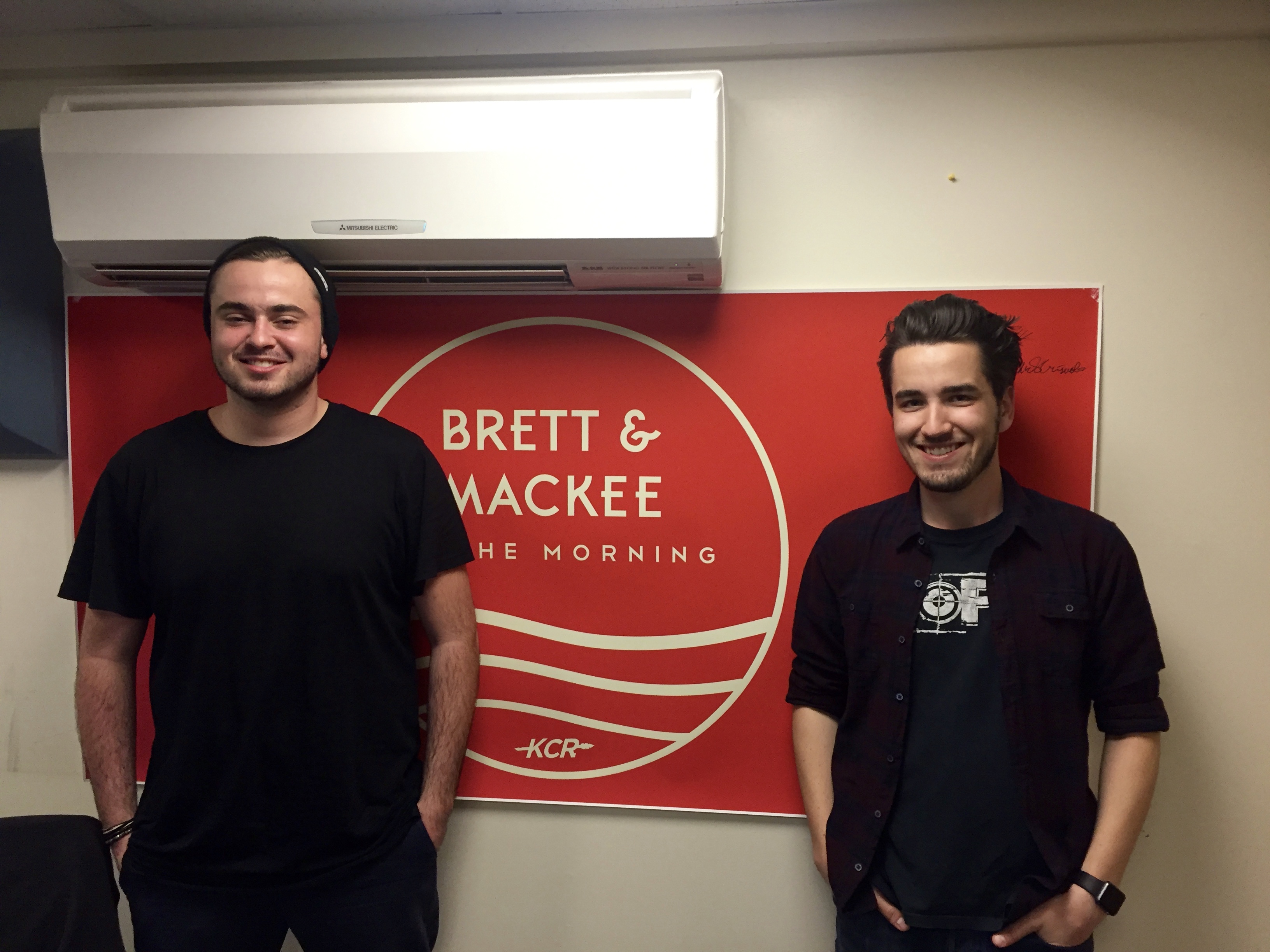 Morning talk shows can be the pinnacle of a radio station, as they coincide with commutes to work and school. KCR’s Brett Michel and Mackee Dimick have a morning show of their own, “Brett & Mackee In the Morning,” every Thursday from 7 to 9 a.m. To see what the program brings to the air, I conducted a live, on air interview of the hosts for another edition of Behind The Mic.

Since its premiere this spring semester, Brett and Mackee’s show has been different every week. Mackee mentioned that the two start with a couple ideas for the show, but branch out into other topics throughout the two hours.

When talking about the design of the program, Brett said, “Both of us want it to be as honest as possible — if you prepare too much, it just sounds scripted.” I then asked if he had any inspirations for the show or based the program on anything. Brett mentioned that he is an avid listener of “The Jason Ellis Show” on Sirius XM, and he finds some inspiration through it.

In a previous week, Brett, Mackee and a guest did a segment titled “Lakeside Lowdown.” Country music fans beware, this segment, though similar to a top 40 country playlist, was essentially a roast of the country genre.

Although primarily a talk show, music is still an element of “Brett & Mackee In The Morning.” At the top of the second hour, the two hosts each play a song. Mackee may pick something along the lines of hip-hop or electronic, while Brett usually sticks with punk rock. Additionally, the two compile a 10-song playlist every week, titled “Bangers.” The weekly playlist is shared on the hosts’ social media.

Brett, a television, film, and new media production major, uses his production insight to make the most of the morning show. If you haven’t set foot in the studio during the program, you may not realize the scope of production behind it. Every show is broadcast on Facebook Live using two cameras: one that focuses on Brett operating the board, and the other that shows Mackee and a guest. The second camera also captures the background of the studio, which features a banner of the show’s logo that Brett hopes to fill with guests’ signatures. Brett also has a soundboard on his laptop with individual intros, outros and sweepers: elements that are featured on many professional radio shows. According to Brett, the two have “the best intro on KCR.” I heard it, and it’s pretty darn good. Listen to Brett and Mackee’s intros from Feb. 16th and March 9th, respectively, below.

I then asked the two if they had any big plans for the show in the future. Brett expressed his desire for a third voice to be featured on the morning program. The two also talked of doing a Family Feud segment, and possibly incorporating it into Music on the Mesa (KCR’s weekly event during the farmer’s market). On top of that, Brett mentioned hosting a dog race, similar to the “weiner” dog races seen on TV, and covering that through KCR. Interesting ambitions to say the least, but I (and many others, I’m sure) would like to see them happen.

Brett, the KCR Graphics Director, also mentioned his new video series, “Overdressed.” The comedic videos are featured on KCR’s YouTube page and the video page of this blog. Brett is a second year junior at San Diego State University. He said that his favorite aspect of hosting the show is “taking something and making it professional to say, ‘Hey look at what we did.’”

Mackee, an international business major, told me that his favorite part about the show is the creative freedom he has when talking on air for two hours. He said that during the show, he is able to have a good time.

If you’re up early enough, you can catch “Brett & Mackee In The Morning” every Thursday from 7 to 9 a.m. on KCR College Radio. If you’re not, you can listen to full shows and show highlights on their YouTube page. Check them out on Twitter and Facebook, too.