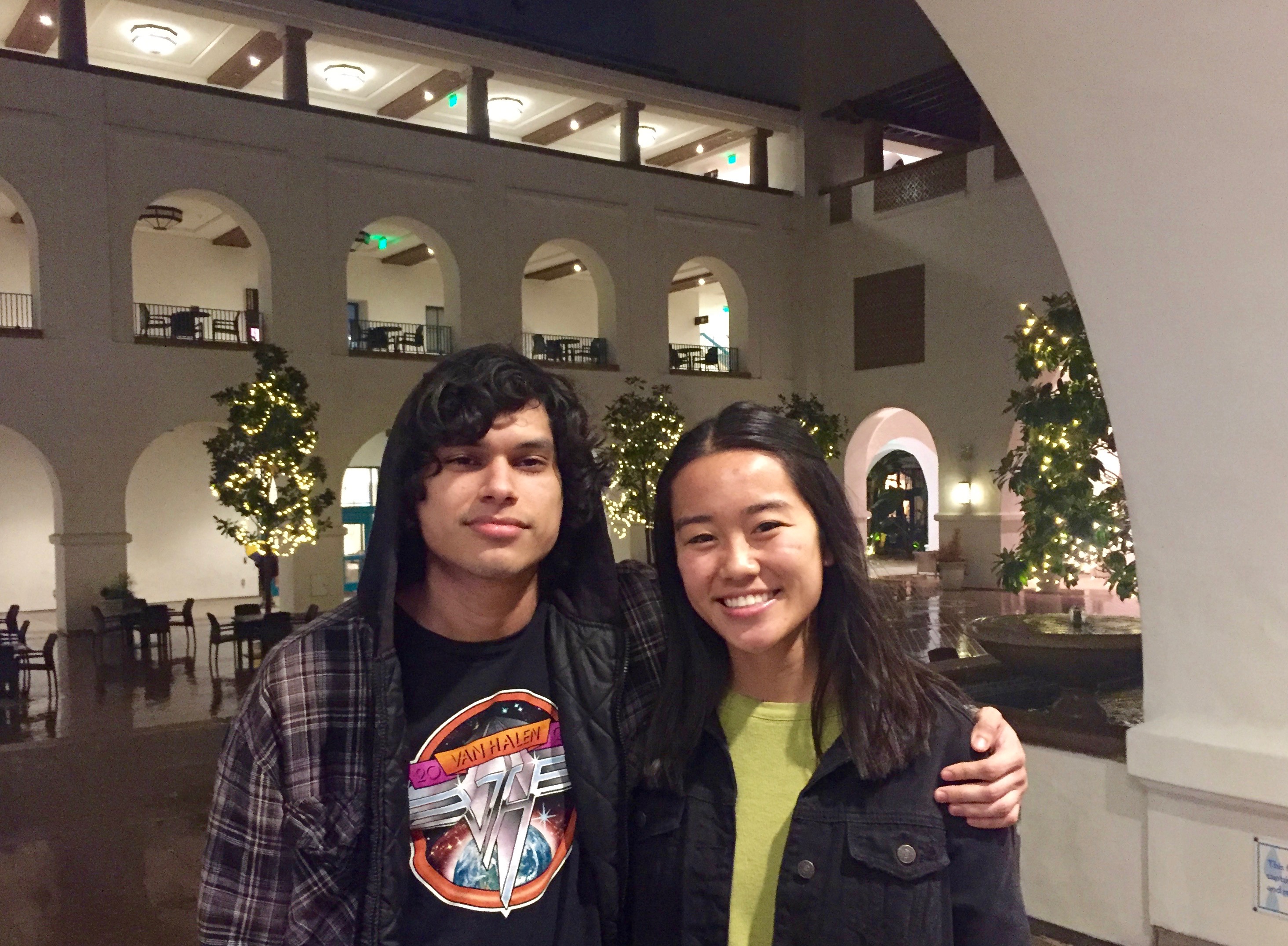 Mondays can be difficult to get through, but KCR aims to alleviate some of that stress with its show lineup, including “Sleepy Solarium,” which airs in the afternoon from 1 to 2. I joined the hosts, Aniel Roderickz and Cassidy Ta, for an interview to see what voices were behind the mic.

Aniel, a senior at SDSU, said that he started “Sleepy Solarium” a couple semesters ago, and primarily played indie rock and alternative. The music playlist has since changed, according to both Cassidy and Aniel. This semester, you can expect to hear a variety of pop, EDM, hip hop and more. Aniel said that he doesn’t necessarily build a playlist for each show. Instead, he spontaneously selects songs while on air. Friends of both Aniel and Cassidy influence which songs are played, as they frequently submit song requests.

When I asked what made their show unique, both hosts had answers for me. Cassidy explained that she does a segment in which she reacts to different music videos, most recently The xx’s video for “On Hold.” Reaction videos, a trend on YouTube, prove to be entertaining; Cassidy brings the trend to KCR’s airwaves. Aniel mentioned that he features a song of the week on every show. Additionally, the two notify listeners of local shows, providing details such as the lineups, venue and prices.

Aniel said that “feeding music to people’s ears” is his favorite part of hosting the show. He explained that having a show allows his friends to experience the music that he likes and recommends. He expressed that “Sleepy Solarium” is a relaxed hour, which I bet many could use on a Monday.

Cassidy, a sophomore and business management major, mentioned that she is the Director of Sponsorships for the Aztec Music Group, a student organization that connects music and business. Aztec Music Group hosts an annual silent disco in Montezuma Hall and is having an “Entertainment Industry Panel” on Feb. 23rd. More details can be found on AMG’s Facebook page.

In his fourth semester with KCR, Aniel, an MIS (management information systems) major, shares his personal connection to music. He said that he recently just filled in on the drums at a show for Hand Drawn Tree, an indie alternative band from Chula Vista, CA. Sempra Sol is Aniel’s own indietronica band. Aniel says he writes and produces all of the music, and sings and plays guitar for the band.

You can listen to Aniel and Cassidy on their show, “Sleepy Solarium,” every Monday at 1 p.m. on KCR College Radio.

Featured Image: Aniel Roderickz and Cassidy Ta play a variety of music on their show, which nearly every listener can appreciate. Photo by Sumner Shorey.