If you wear thick black eyeliner to match the five coats of chipped black polish on your fingernails, then you should be busy on April 8th and 9th. When We Were Young is a two day mini music festival paying homage to all of your feelings – it even has the biggest sad-boy of all time closing out the event: Morrissey. Happening at the Observatory in Santa Ana, a two-day pass starts at $175. There are 30 bands playing. Featuring punk, emo and garage rock acts, When We Were Young offers an array of artists that will surely make your heart swell. Besides the headliners like Morrissey, AFI, Decedents and Cage the Elephant, here is a lineup of some of my favorite artists that will be at the event. If you find yourself there too, check them out.

The Tijuana Panthers is actually a three piece band from Long Beach, CA. Their sound is very ’50s beach rock, but at the same time appeals to punks. If you ever want to go to a genuinely fun live show, the Tijuana Panthers should be your go-to group. Luckily, the band comes down to San Diego quite often.

Joyce Manor is yet another SoCal band that has been associated with the modern form of emo-pop-punk that experienced a surge in popularity a few years ago. They are a favorite among angsty teenagers, but can still fill the void in angsty twenty-somethings (me). Frontman Barry Johnson is, however, very vocal about his dislike of crowd surfing, so if you’re there don’t be that person.

Silversun Pickups hit the scene when they released “Lazy Eye,” which was a radio hit back in 2006. Now, 11 years later, the group is still going strong.

The Frights can easily be placed in the same genre as the Tijuana Panthers. They are described as a punk band, but the group is very playful. And, they’re from San Diego, so supporting them is supporting your local musicians.

Another band from San Diego, Pinback is a bit of a legend. Formed in 1998, Pinback has a solid catalog of work, and each album only gets better.

Sheer Mag is a band for those who love and miss classic rock. The group sticks to the basics: guitar, bass, drums and awesome vocals from their leading lady. Even their logo belongs to the glory days of ’80s rock.

Turnstile is probably the only hardcore band in the line up. They’re a favorite in the hardcore punk scene and their shows are known to get pretty rowdy. So if you check them out, make sure to have your guard up – you don’t know whose feet will come flying at you.

Choking Victim is a ska-punk band from the ’90s. It’s rare that the group is playing a gig, seeing as the band split in the late ’90s. See them while you can. With this group, however, it’s best if you become acquainted on your own.

Dr. Dog is an extremely underrated band that has a large discography but doesn’t seem to get enough air time. They have beautiful, catchy melodies that will surely make them one of the more chipper bands of the line up.

Taking Back Sunday has consistently released albums since the late ’90s, however they became mainstream in the early to mid 2000s. They are one of the giants in the pop-emo (if you will) genre and are known for their feud with my personal favorite band, Brand New. In any case, they’ve got enough sass to match yours.

Featured Image Copyright When We Were Young 2017. Retrieved from retrieved from http://consequenceofsound.net/2017/02/the-inaugural-lineup-for-when-we-were-young-fest-is-an-emo-kids-dream-come-true/.

Before I begin, it must be noted that the following list is a compilation of soundtracks that consists of various artists. Originally composed scores are not included. Trust me when I say that I love original scores as much as Tim Burton loves Danny Elfman. After all, original scores match feeling to the images on the screen. I really doubt I would’ve had such an emotional reaction to the fall of Gandalf if it wasn’t for that heartbreaking melody, that occasionally echoes in the back of my mind in hard times (thanks Howard Shore). The list of greatest original scores would be infinite, and frankly, it would just be too tough to decide which songs would make the cut. So, in the meantime, let’s jam out to simpler tunes. In no particular order, here is my list:

Besides offering stunning cinematography, and a very silent Ryan Gosling in perhaps the coolest bomber jacket ever, “Drive” produced a gorgeous mix of dreamy, synth-electro pop. Enlisting artists such as Kavinsky and Chromatics (the ultimate indie electro band), the track listing is an audio manifestation of the neon lights that reflect off the dashboard during late-night drives.

Sure, critics slammed Sofia Coppola’s “Marie Antoinette” due to the major inaccuracies in the portrayal of the doomed French Queen. However, if you admire pastels, pastries, big dresses and misplaced converse then you’re sure going to appreciate the French aristocracy getting down to some of the best alternative bands of the 80s. Including New Order, Adam and the Ants, and The Cure, “Marie Antoinette” is a new wave kid’s dream. Can we just forget logic and admire this scene?

Directed by Anton Corbijn, “Control” is a beautiful black and white biopic of Joy Division’s late frontman Ian Curtis. Curtis’s former bandmates New Order provided the instrumentals for the film and The Killers recorded a special cover of “Shadowplay.” The soundtrack includes some of the 70s most influential artists, such as Iggy Pop, Buzzcocks, The Velvet Underground, Roxy Music and the brilliant David Bowie.

In this Swedish-Danish film, three adolescent girls dive into the world of punk, attempt a revival of the good old Oi! Days and fight the cruel stereotypes of middle school. Yes, the songs are predominately in Swedish, but punk is a universal language, right?

If you ever want to feel confused while having an existential crisis, then “Donnie Darko” is right up your alley. This beloved cult favorite has been a mystery among viewers, regarding its true meaning. Time travel, bunny rabbits and black holes seem to be the recipe for the end of the world, but who really knows (it took me about 9 viewings to finally, MAYBE figure it out)? Regardless, you can listen to some sweet music while you try to wrap your head around it.

Steve Coogan takes us back to Manchester, home of the legendary Factory Records. The main focus of the film is Coogan’s character, Tony Wilson. We follow Wilson from the late 70s to the early 90s as he discovers unknown artists that eventually become the heavyweights of the music world. From The Clash to Happy Mondays, “24 Hour Party People” is your number one guide to one of the greatest music scenes to come out of the UK.

Nothing beats having The Ramones overthrow the high school principle. Need I say more?

An Adaptation of Irvine Welsh’s novel of the same title, “Trainspotting” is a comedy about four young Scotts trapped between the mediocrity of life and a nasty drug habit. You can watch a handsome, though very emaciated, Ewan McGregor swim through the filthiest toilet in Scotland to the tune of Brian Eno. The film ends with one of the biggest British songs of the 90s. 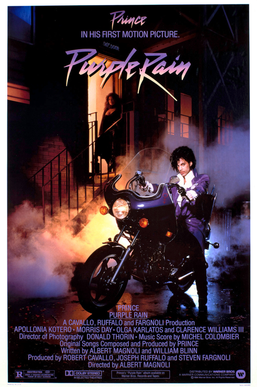 Nothing beats traveling the galaxy listening to the classics. Marvel Studios and Chris Pratt pretty much stole my heart in the opening scene of this 2014 blockbuster.

Yet another Coppola film makes the list, but this time it’s the award winning “Lost in Translation.” Billy Murray and Scarlett Johansson find one another in Tokyo and spend the next few days building an intense platonic relationship. Brian Reitzell gathers a solid track listing of indie darlings, such as Air and My Bloody Valentine. However, it’s the ending scene that summarizes the overall feel of the film and truly captures what travelling through a foreign country can sometimes be like.

Ever wonder what it would be like to fall in love with an intellectual operating system? No? Well, you never have to. Just watch “Her” and you can decide for yourself if love with an AI technology is right for you. If it is, you can listen to Arcade Fire and Karen O of the Yeah Yeah Yeahs, just like Theodore and Samantha did.

I must admit that David Bowie as Jareth the Goblin King was my first crush as a child (go ahead and judge me). David Bowie is really just playing an alternate version of his true self while dancing to his own music. Long Live the Goblin King.

“28 Days Later” is a rarity in the zombie horror genre mainly because of its eerie silence and sense of loneliness. It was one of the first zombie movies where I recall the undead having the ability to chase at quick speed. What also separates it from other zombie films is its soundtrack. Instead of harsh and brash noises, the soundtrack is a beautiful, almost dream like mix.

Probably the best film out of the “Brat Pack” club, the music is a true signifier of its time. From The Smiths to The Psychedelic Furs, this soundtrack is filled with jams of the 80s that will make your parents nostalgic. Plus, you’ll be cursing Andie for choosing Blane over Duckie. I know I still am.

Harold is a young kid from a wealthy family who seems to have everything. However, he is extremely obsessed with death. So much so, that he constantly stages his own suicide and drives his posh mother up the wall. It is pretty morbid, but oddly hilarious to watch. Things only get funnier (and weirder) when he meets and falls in love with the 79-year-old, happy-go-lucky Maude. Cat Stevens provides the sound for the film with only his guitar, but somehow it works wonderfully.

This documentary is about one of the coolest ladies on the planet, Kathleen Hannah. Hannah, the main figure of the entire “girls to the front,” Riot Grrrl movement revived an age of punk (Bikini Kill) that upheld feminist ideology and worked to break the hearts of boys everywhere. If you’re mad at the patriarchy or have the mind-frame of an independent woman, then this is what you want to listen to.