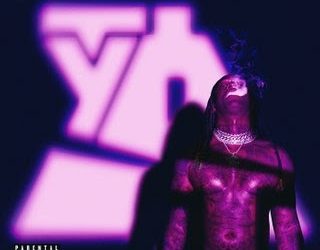 The rapper/singer/producer flexes his diversity with his adept skills at collaborations with artists across multiple genres.

The first thing you might not think about when Ty Dolla $ign’s name pops up is versatility. You may recall his club-ready bangers such as Paranoid and Or Nah and his raunchy mack-esque persona, along with his status as one of the leading figures of the West Coast hip hop and R&B renaissance of the 2010s with peers like Kendrick Lamar and longtime collaborator YG. However, few may know capabilities as a musician among his peers. As the son of a session musician for acts like Rick James and the funk band Lakeside, Ty is noted for his role in helping develop DJ Mustard’s sound as a producer and his own status as the head of his production collective D.R.U.G.S. alongside notable producers such as Mustard and DJ Dahi (best known for Worst Behavior & Money Trees). He’s even gone as far as to spend over $60,000 on string arrangements for the production on his debut album Free TC. His latest album Featuring Ty Dolla $ign captures his varied sensibilities by merging layered vocal harmonies and lush instrumentation with thumping rhythms for the radio into an enjoyable listen.

The album is chock full of songs fitting Ty’s signature West Coast “ratchet R&B” sound that is meant to blow the speakers out at any function. Frequent collaborator DJ Mustard lands two major bangers with By Yourself, a 1990s R&B-sampling duet with Jhene Aiko preaching female empowerment, and Real Life, a collab with fellow LA rapper Roddy Ricch that’s an anthem on the grind from life in the ghetto to fame and success. Spicy with Post Malone finds the pair trading bouncy sing-song melodies as a spiritual sequel to their 2018 hit Psycho and Expensive with Nicki Minaj serves as a strip club friendly successor to last year’s hit Hot Girl Summer with Megan Thee Stallion. Freak with Quavo and Lift Me Up with Future and Young Thug continues Ty’s series of Atlanta-influenced collabs with trap artists including 2015’s Blase with Rae Sremmurd and 2014’s Dead Presidents with Rich Homie Quan. Dolla $ign even provides a self-produced smoother take on DJ Mustard’s modern LA lowrider bounce with the mid tempo track Nothing Like Your Exes.

Alongside Ty’s brand of trunk-rattling hip hop/r&b fusion are highlights that ties the highly commercialized project together with a more experimental and organic flair in the spirit of his musical roots. Temptations with Kid Cudi blends his typical sound with the wobbly dubstep-influenced basslines of the track’s co-producer Skrillex, while Track 6 with Kanye West, Anderson Paak, and Thundercat mixes trap with rock and the latter two artists’ psychedelic neo-soul sound, complete with live drums and bass guitar. Tyrone 2021with Big Sean showcases an homage to 1990s hip hop soul with banging drums as Ty both samples and responds to Erykah Badu’s deadbeat-chastising 1997 song Tyrone. The interludes featuring artists like Serpentwithfeet, Burna Boy, and Young Thug (Dr Sebi) establish a cinematic feel between songs with almost spiritual vocal melodies and guitar-laden textures. For any fans of traditional R&B, Everywhere, Slow It Down, and Your Turn (featuring Musiq Soulchild, Tish Hyman & 6lack) won’t disappoint, with the former two as raunchy bedroom slow jams reminiscent of 1990s acts like Jodeci and the latter as a heartfelt and bittersweet ballad on the evolving nature of romantic relationships. The closer Ego Death with Kanye West, alternative R&B singer FKA Twigs and Skrillex ends the album in high energy simultaneously with radio appeal and an eclectic house beat with plenty of sample flips and Twigs’ robotic vocals.

With an all-star cast of guest appearances and an ever shifting blend of uptempo dance tracks, hard-hitting hip hop bangers, and more melodic and slower R&B ballads, Featuring Ty Dolla $ign is a solid representation of Ty’s value as an addition to an infectious hit song regardless of genre.

After three long years, the SZA single hiatus is finally over.

Despite dealing with label delays and vocal injuries, the platinum-selling R&B singer returns with her first release as a lead artist since 2017. Since dropping her critically-acclaimed debut album Ctrl, SZA has only appeared on 10 tracks– all as a featured artist. Fans have been patiently waiting for solo music and the time has finally come. “Hit Different” delivers a mellow, contemporary R&B sound coupled with SZA’s angelic cadence and Ty Dolla $ign’s melodic vocals.

The track features a chorus sung by Ty Dolla $ign, paired with the nostalgic production of The Neptunes. Pharrell Williams’ signature 4-count start can be heard at the beginning, while SZA and Ty Dolla $ign collaborate effortlessly throughout the rest of the record. The song is elegantly smooth and laid back, branching off of that similar sound that made Ctrl so unique. The singer begins with “I was into you from the beginning even if you wasn’t mine / Scared to admit my shortcomings led to overdraft in this affair, declining.” She continues on about her entanglement: “Can’t trust decision when you near me / Get myself caught in your crossfire.”

SZA excels at conveying vulnerability through her music, with “Hit Different” being no different. Her verses are deep-cutting and raw, making you feel like she’s confiding in you. Her performance on this slow jam is nicely complimented by Ty Dolla $ign’s harmonies, making this the perfect comeback single to keep us fans at bay until her next release (at least for now). You can listen to the song and watch the official video here.