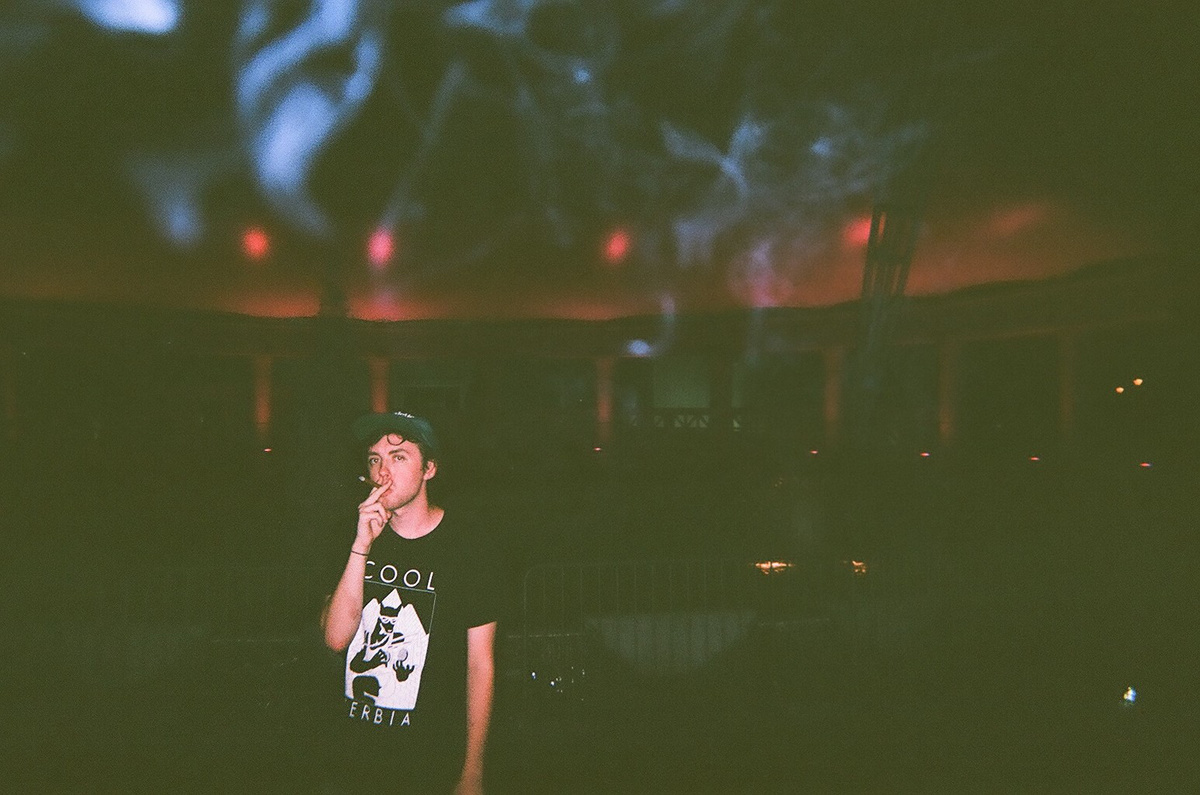 Mathew Lee Cothran has been writing and releasing music for almost a decade as Coma Cinema, but he’s about to embark on a brief tour with his band Elvis Depressedly to preface the release of their upcoming album, New Alhambra. Shortly before the start of this tour, I caught up with Cothran to talk about moving across states, touring, and his mindset looking forward.

Joey Bautista: You’re about to spend a good part of December touring the Northeast and Midwest (including a few shows in Canada) with Told Slant. The last couple of months have been pretty hectic with your move from Columbia to Asheville. Now that you seem to have settled in, how would you compare your pre-tour sentiments to those of your cross-country tour with Alex G this past summer?

Mat Cothran: Hectic is a good way to put it for sure. Delaney and I hated Columbia and South Carolina in general. It’s where we grew up, but the state’s anti-art mentality challenged us forever and we just got sick of it. It was wearing us down and we had enough, so we moved to North Carolina which isn’t that far away, but it’s a different world out here. We love it so much and we’re excited to be a part of the art scene here because there are so many talented, hungry people.

Our tour with Alex G was fucking awesome because Delaney and I are big fans of Alex’s music and have been repping him for so long now, and just seeing people respond to his music was phenomenal. We’re also big into Told Slant, so we’re looking forward to this tour in a similar fashion. We live to turn people on to cool art and we’ve always wanted that to be our focus no matter what, be it our music or our friends’ music.

I can be kind of a dick and kind of negative about touring because there is so much work involved that I feel sometimes takes away from what I’m best at (recording albums), so I usually go into the shit with a negative attitude, but that fades away pretty quickly. I’m excited to see Told Slant play and to share them with an audience that might not be familiar. Everyone involved in that band is hard working and kind as fuck and deserves every shot they can get.

Delaney is the brains behind our operation and she always gets me motivated before touring, but sometimes I’m very hesitant and uncertain about going out on the road. So much can go wrong, but I try to keep in mind how wild and crazy it is that we show up in cities we’ve never been to, and people are out there and excited to see us play. That shit definitely keeps me going and means so much to me. It’s a weird life, but I don’t know what else I’d be doing. JB: It’s really uplifting whenever you speak so fondly about your peers and listeners. One show on your upcoming tour that’s been getting a lot of attention is the one at The Cave in Toronto which is listed as 19+. You’re a very vocal advocate of all-ages shows, and you’ve said that you’re willing to play an early show outside the venue if that’s what it takes. It’s reassuring to hear you say that, because 21+ shows have kept me from seeing several of my favorite artists here in San Diego. What’s your opinion on age-restricted shows/venues?

MC: I get why venues do age-restricted shows to an extent. I understand that the venues we typically play are between 150-500 capacity and you want to get as many money spending (drinking) motherfuckers in there as you can, but our audience is the youth and we want to be a positive and cool thing for kids to come out and see. So there is sometimes a dispute between venues and us about what kind of audience we’re bringing in.

What needs to happen is there to be more youth oriented spots. Why the fuck do bands always have to play in bars? I mean, I’m a drinker and I’m a grown man, but I have no shame in playing a straight edge spot if people are going to be there and be excited about our art. The world needs more accepting spaces in general. Every space should be a safe space. I think venues miss the fucking cue when they deny the youth a show. I mean fuck, if you have to charge a buck for a Coke or something, do it. I’ll tell anyone to their face I have a drinking problem, but I’m willing to put all that shit aside if we’re playing a space that is anti-drinking and open to the youth.

What I care about most is the art, and what I care about almost as much is our listeners, and a lot of them are young and I’m grateful for that. So whatever I have to do to give these kids a show, I’m going to fucking do. If the venue says they can’t have these kids who have supported me and paid my bills by buying t-shirts and records, then fuck that, I’m going to do a show outside because I care more about our listeners than I do some building with a sound system. Toronto might be a little weird and we’re still working with our booker (who is fucking great by the way, a true blue motherfucker) to try and get around this 19+ bullshit. We’re going to do what’s best for our listeners because at the end of the day, these people are supporting the hell out of us and we give a shit about that. We’re not going to ignore them because of a venue or a law or some other shit. We’re making art and art is for everybody, not just people who are old enough to drink.

JB: This is going to be your last tour before the release of the new Elvis Depressedly album, New Alhambra. It was originally slated to be out this month, but you’ve pushed it back to early next year for a wider, more opportune release. I can speak for the rest of your listeners when I say I couldn’t be more excited for what you have in store. You’ve said multiple times that this is the best work you’ve done to date–do you feel anxious sitting on this for so long?

MC: I do, because I know it’s our best work ever, and as lame as it sounds, I’m a little worried as to what our listeners will think. While Delaney was responsible for a lot of the music, I was responsible for a lot of the lyrical shit. I’m not sure if people who got into us via Holo Pleasures will fuck with it, but I can’t really let that get to us because I know in my heart this is the greatest thing I’ve ever been a part of. The songs are the best I’ve written, the best Delaney has arranged, and then we had the best bass player in the world Mike Roberts and the best cello player in the world Amy Cuthbertson on this album. I’m so happy with it, and it makes me sick that I have to wait to let people hear it, but there’s still some fear in there that I might let people down and that’s just something I gotta deal with.

We have such an intense relationship with our listeners that sometimes it can be too much and I don’t know who I’m writing for, but on this album I put everything aside and wrote nine songs that I feel truly define who I am. Delaney came in and orchestrated them perfectly because she’s a fucking music genius, and Mike Roberts, our good friend and touring bassist, came in and made the songs real and purposeful.

It’s scary to go from a record like Holo Pleasures that I kind of orchestrated purposefully to be hip and funny to something that is deeply personal to me and bares all without hesitation. At this point, I’ve been at this shit for nearly ten years and I felt like the time was right to make what I thought was the best album I could make. I didn’t hold back, so it’s scary to be that out there and know people are gonna hear it and judge it based on what I’ve done before.

But I think people will vibe with it and understand where we’re coming from. I’m so proud of this record and of the stuff we’re doing right now.

Elvis Depressedly will be on tour with Told Slant this December, more info on it here.
New Alhambra will be released in Spring 2015 by Run For Cover Records.