The Lego Movie 2: The Second Part: a Delightful, Funny, and Worthy Follow Up to a Game Changing Predecessor!

The Lego Movie 2: The Second Part was directed by Mike Mitchell (director of Trolls) and penned by Phil Lord and Chris Miller of the first Lego Movie and 2018’s critically acclaimed Spider-Man: Into the Spider-Verse.  After The Lego Movie was released in 2014 to critical and financial success, film fans waited in anticipation to see what these Lego movies were going to do next.  Many acknowledged the potential for many different types of stories to be told after that original movie, and what we ended up getting was interesting.  We first had The Lego Batman Movie in 2017, which was generally seen as a really fun and creative film that was self-referential but could also serve as a great animated standalone Batman film.  Then we also got the Lego Ninjago Movie later that year which, admittedly, I still have not seen.  To be fair, however, you probably haven’t either as the film was a financial flop and was mostly forgotten upon its release.  This was likely since it came out the same weekend as the highly anticipated Kingsman: The Golden Circle (which I saw at the time over Ninjago). But now that we have a new Lego Movie which follows up the original, one major question remains…

Is this family adventure as good as the first two outings of the franchise?

The answer to that I would say is mostly yes! The Lego Movie 2: The Second Part is very funny, creative, and above all entertaining.  Although, it’s not as good as the first one is, I still really love this one and think it’s an absolute blast that you should see in theaters!  The first aspect that I can rave about here is the incredible animation present.  Done by Animal Logic once again, the animation in this film is lifelike, creative, and incredibly realistic.  Seeing the film in theaters helped give the animation more justice as small details present in the animation really came to life here and likely would not have been noticeable on a standard screen like a phone, tv, or computer screen.  In fact, I would advise you avoid putting on those dark 3D glasses for this one as you’ll want to be able to see the bright screen to notice every detail.  The detail is so incredible that some of the Lego characters have traits in their design like bite marks, tears in their accessories, and even faded designs of clothes on their block bodies that were so much fun to notice.  The character animation as well including the way they move as so fun to watch as not one character is identical in their movements.  Since all these characters possess different designs in their bodies, they all walk differently.  Some walk normally, others hop, and even one character floats and shape shifts.  That character, Queen Watevra Wa-Nabi, voiced by Tiffany Haddish, had such fun and creative animation that admittedly must have been very difficult to work with.

But these films are not just good for the style, the substance is good too!  These films have a reputation for being fast, funny, and entertaining and this film does not disappoint.  Phil Lord and Chris Miller are very talented when it comes to writing hilarious and entertaining scripts that leave you watching from the first scene to the final one.  And if you’re wondering what other movies they’ve done besides these two Lego Movies, they’ve also worked on 21 Jump Street, 22 Jump Street as well as Cloudy with a Chance of Meatballs.  They really understand what makes a film entertaining and worth watching, and I truly believe studios should want to hire more people in Hollywood like these guys. It’s a shame then, that we never got to see what they’re creative interpretation of Solo: A Star Wars Story would have been as I’m sure it would have been great compared to what we got instead (a controversial take). However…

I really don’t think this film is as great as I would have liked it to be though.

It feels a little more like The Lego Movie 2: The Second Part is simply a fun adventure, rather than a groundbreaking cinematic film like the first one was.  The only reason I’d classify the first one as such is because it showed us that you can make fun and interesting ideas for a film out of any concept no matter how mundane or strange the idea may seem.  It continues the story and the fun traits present in the Lego Movie and when new things are added, they don’t necessarily add to the story or to the enjoyment of the film.  Some things they add that I wasn’t a fan of included musical numbers.  The songs in general for this film were really hit and miss for me.  Some of them were great like “The Catchy Song” which is definitely stuck inside my head as the song promises, and I like the song they played at the end credits and thought it was funny.  However, there were two songs sang by Tiffany Haddish in this film that I did not care for.  These were full blown musical numbers and they were not fun to watch.  They felt somewhat childish and I found myself waiting for them to end in all honesty.  I also didn’t care for the villain.  Without giving too much away, it is not who you expect the villain to be.  And while this person is very funny and the set up is very clever, his backstory doesn’t make sense and it raises more questions about this universe that are never answered.  The revelation of this villain and his backstory also creates more plot holes that makes this universe confusing to me.  If you’ve seen the movie, you likely are aware of what I’m talking about.  I found myself confused with this twist and I suspect the kids who see it will be lost as well.  I understand that this was likely an attempt to expand the universe that they’ve set up, but they instead make it more confusing.

In fact, there were a few jokes here that made this already complex universe more complex.  Without giving too much away, they make a joke in the movie about Batman going on his own stand-alone adventure and they explain he left the other characters for some time for that reason.  I understand this was just a funny joke to make a reference to the fact that there was a Lego Batman movie but this poses a question.  Since all these movies take place inside the imagination of one kid and his Lego set, was the stand-alone Batman film on another individual Lego set that this kid has of Gotham City?  I know this seems insignificant, but this is the type of stuff I left the film asking myself and thinking about.  The film in general too just feels like it’s more oriented towards kids which is disappointing because these films have always have been made for generally older kids and adults.  The jokes are still funny, but quite honestly not as funny as they usually are in these films.

With that being said, I overall really enjoyed this one!  I don’t think it’s as good as the other Lego movies, and I do hope we don’t get too many of these movies at one time and get tired of them, because every time I check out one of these films I always find myself really enjoying them.  The script may not be as funny as the last few were, but the pacing was on point and the film remained consistently entertaining from start to finish.  I am not sure how many more of these we are going to get, so if you want to see this movie and more like it in the future, be sure to go support it in theaters while it’s still out.  And see it quick if you have any interest in it because with the low box office numbers it’s receiving right now, it might not be there for much longer.  It’s not a masterpiece of film like the first film was, but The Lego Movie 2: The Second Part is definitely entertaining, and you will likely enjoy it overall. 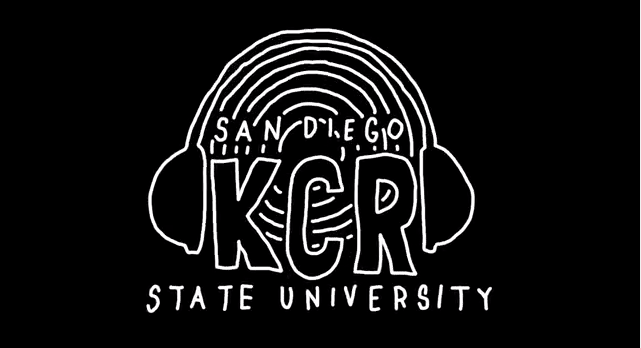 KCR College Radio asked 10 questions to random students at SDSU. Whoever answered all 10 questions correctly would win a $50 gift card to the Aztec Book Store. Here were the results…