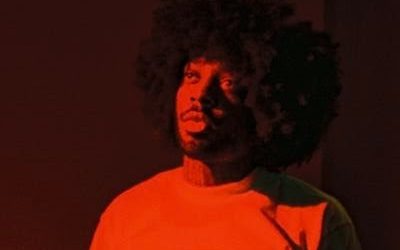 At the top of the year, it’s time to see which hip hop and r&b artists will be dropping new projects to hit the airwaves.

Without a doubt, 2019 proved to be another successful year in hip hop and r&b music. Rappers such as Tyler the Creator and Anderson Paak continue to impress listeners with genre bending projects like Igor and Ventura, while artists like Ari Lennox and Maxo Kream provide a throwback to the days when soul and hardcore rap reigned supreme. As the rest of 2020 rolls on, we look forward to new releases from some of the game’s hottest and up and coming figures.

The Weeknd – After Hours

Following a relatively quiet 2019 after the release of 2018’s My Dear Melancholy, The Weeknd returns on March 20th with the release of his fourth studio album After Hours. The first single,” Heartless,” finds the singer shrugging off relationships over a gritty Metro Boomin production, while “Blinding Lights” hearkens back to the 1980s synthpop influence of past projects such as “Starboy.” The self-titled track has been compared by some fans to his earlier work, most notably Trilogy, for its atmospheric production and dark lyrical content. Make sure to check out his After Hours Tour with opening acts Sabrina Claudio and Don Toliver, coming to San Diego on August 9th.

Following the meteoric success of 2018’s Scorpion and re-release of his seminal 2009 mixtape So Far Gone last year, it’s only a matter of time before the 6 God returns to dominate the airwaves again. As revealed in his Rap Radar interview with Elliott Wilson, Drake is working on a new album, with consideration towards a shorter track list akin to 2013’s Nothing Was the Same. His recent tracks “War,” “When to Say When,” and “Chicago Freestyle” all seem to hint at an introspective and aggressive rap-heavy vibe reminiscent to fan favorites like “5 AM in Toronto” and “0-100/The Catch Up.”

The Atlanta-born MC has had a great 2019, largely off the strength of his 2018 album DiCaprio 2 and his contributions to the label compilation Revenge of the Dreamers III alongside fellow Dreamville Records label mates, most notably J.Cole. The sky is the limit for the rapper, as he plans to drop new music as revealed at the Grammy Awards. Whether it is a joint project with veteran producer No I.D. or not remains to be seen. Nonetheless, if you’re a fan of fast flows and complex rhyme schemes, J.I.D.’s upcoming work will be worth a listen.

Smino has been hard at work since the release of his 2018 album NOIR. The St. Louis born rapper maintains his pace with the release of singles like “Trina” and “Reverend.” Additionally, he and fellow rappers Saba and Noname formed a trio called Ghetto Sage, with a single called “Haagen Dazs.” Smino’s features on Chance the Rapper’s The Big Day and Revenge of the Dreamers III raises the stakes for his next project as he builds his following.

Brent Faiyaz- Make It Out Alive

As previously covered in my previous article, Brent Faiyaz is part of a new wave of 1990s-esque r&b singers, with the release of his EP Fuck The World on February 7th. However, he is not done yet. As reported by Billboard, Faiyaz plans to drop his next project Make It Out Alive “as soon as possible.” Listeners may already have a taste of what to expect with the track “Been Away” off the aforementioned EP. Anyone looking for some r&b with some grit should watch out for Brent’s next moves for 2020.

Get ready for what 2020 has in store for us, whether the heavy hitters of the past decade sustain their run or a new wave of artists change the landscape as we know it. 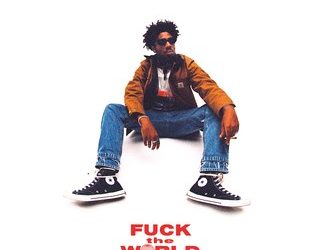