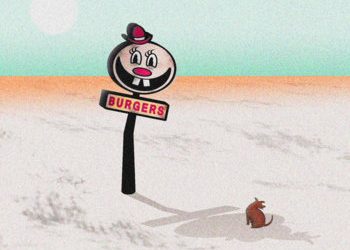 Post Elvis’ sophomore album, “Apocalypse Kid,” comes solely from the mind of Thomas Torres, and artistically, he’s bounding ahead towards musical greatness. Despite the album’s more experimental sound, especially when compared to his debut, Torres has crafted a riveting and cohesive listening experience for anyone who dares enter his musical wasteland.

In Post Elvis’ self-titled debut, Torres stated that people live in “an era of endless references, a dead pop cultural graveyard left for us to inspect.” Moving onto this latest project, it’s easy to see how heavily Torres leans into this idea, as he samples the familiar and the obscure to create something fresh and interesting. While Torres does utilize his well of pop culture references within his lyrics, the musical sound and style of “Apocalypse Kid” embraces the experimental. Songs such as “Delaware” begin with screeching alarms which transitions into a hip-hop beat, yet this doesn’t feel at odds with the droning, noise-rock of, “Wasteland Man.” Similarly, the 16-bit inspired “Max Pills” drops listeners straight into something that sounds as though it was remixed off an arcade machine just before it turns into a frantic dance song.

Sonically, this album sounds fantastic. Audiophiles may revel in the fact that Torres composed, recorded, mixed, and mastered this album himself; an impressive feat which is heightened when one notices the flairs added to this project. Hearing samples of swords, countdown timers, disconnected phonelines, and (dare I guess?) lasers(!) integrated into the tracks demonstrates Torres’ advancing skills as a producer. Even from the opening track “Live by the Bomb, Die by the Bomb,” and the album’s subsequent interludes, Torres works his magic layering, warping, and finally distorting sample after sample of speeches and soundbites. And fortunately, he doesn’t stop there, as he delivers complex songs which build and deconstruct themselves naturally, without ever overstaying their welcome. Even on slower songs such as “Know Equals Love,” the introduction entrances the listener in a dream-like state, as Torres builds the song up from a rough-sounding, drum pattern, to this almost upbeat-sounding movement whose notes all trail off like a question mark on an incomplete sentence.

Overall, “Apocalypse Kid” is a phenomenal next step for Post Elvis. However, for all intents and purposes, it needs to be noted that this is a bleak album. Tracks include Torres’ wailing, drawn-out, almost broken sounding instrumental recordings — even the “dance” track I mentioned earlier, “Max Pills,” has a frantic, almost anxiety inducing nervous energy pulsing throughout. Lyrically, the themes throughout this album are equally heavy, with dissociation, loneliness, and pain being the paths Torres prefers to lead listeners down. Should however, one believe themselves capable of stomaching the subject matter, then one will find an absolute gem of an album.

If you want more Post Elvis, you can look at him here…

Or hear his music on bandcamp at https://postelvis.bandcamp.com/