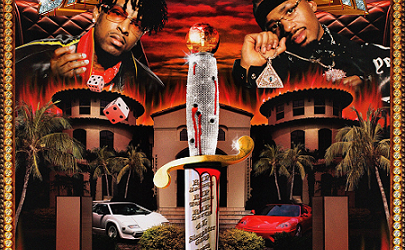 21 Savage and Metro Boomin redefines what it means to be a savage in the sequel to the rapper/producer duo’s 2016 project Savage Mode.

During the rollout of 21 Savage’s previous album I Am>I Was, he says in the album’s documentary “I can grow as a person, but y’all still gonna want to hear me smoke people, **** **** and wear designer; like ‘Damn! Y’all wanna keep me in a box.” At the time, this sounded like a strange contrast from the Savage who sent threats of gunplay to his rivals using KKK-themed wordplay in My Choppa Hates ****** , rapped about shooting sprees and home invasions  in No Heart, and aptly titled his debut mixtape The Slaughter Tape. Nevertheless, the album was released to huge commercial success and acclaim from fans and critics alike with songs devoted to more introspective subject matter such as romance and tribulations before fame such as Ball w/o You and A Lot. With activities in his hometown of Atlanta such as a visit to a middle school advocating financial literacy with Congressman Hank Johnson and his annual Issa Back 2 School Drive community events for kids and their families, 21 is poised to mature as a person. Savage Mode 2 reunites the rapper with his frequent collaborator and producer Metro Boomin and revisits his hardcore roots while retaining the introspection and maturity seen in I Am>I Was.

From the start, it is already evident that 21 is ready to return to a murderous and confrontational mood. The track Runnin sets off this vibe with an eerie and ghost-like Diana Ross sample in the background while 808 and hi-hats pound with the pace of someone on a stakeout for his enemies. He raps “Called the first one Savage Mode, my mood, that’s what it was/2016, we was ridin around, beatin ****** up in the club” and “He was talking gangster, we caught him at a light/I let my young ***** do it, it was free, he wanted a stripe”, immediately echoing the nihilism of the first Savage Mode. The following track Glock In My Lap continues the onslaught with horror movie-esque strings and piano in the instrumental while Savage fires with bars like “Leave an opp cold, like December, .45 on me it’s a Kimber/AK knockin down trees like timber, Get your baby mama ‘fore we bend her”. Other tracks such as Many Men expand his tales with themes of jealousy and revenge with lines such as “Many men  wanna kill me, dawg, I feel like 50, I got small fries want my spot tryna defeat me/I got real model bitches tryna R&B me, All that cap inside your raps, I ain’t even play your CD”, keeping one foot in the streets and the other in his newfound life of higher status. There’s even a song reminiscent of 1980s and 1990’s gangsta rap in Steppin On ******, with breakbeat-heavy production and a simplified flow evoking classics like NWA’s Boyz N the Hood and Ice-T’s 6 N The Mornin.

Despite the album’s predominantly gangsta rap vibe, 21 balances the grim content with some songs reflecting themes surrounding his current life. Mr. Right Now shows off a somewhat more romantic side for females with a very sexual Drake verse and lines such as “Ayy, turn your phone off, take your clothes off, I’m a savage but I **** her to a slow song”/Turn the lights down, lay the pipe down, I ain’t Mr. Right, but I’m Mr. Right Now.” Rich ***** ****  with Young Thug celebrates the excesses of fame with its hazy mid-tempo production and  bars like “Saint Laurent the only thing I put on my back, Off-White jeans look like cooked crack/I call my Porsche stomach ‘cause the **** snatch, Gave my girl a dub now her butt fat/You might take your women to the Louis store, My ******* be askin ‘Where’s Chanel at”. On a more serious note, RIP Luv laments 21’s more personal struggles with intimate relationships. In this track, he raps “Woulda never went against you ever, I even tried to make the grudge settle/Yeah I heard you slept with a couple fellas, Still treated you like a virgin because I know you better.” Metro Boomin elevates the instrumental with guitar licks to capture its somber mood.

After the release of the original Savage Mode in 2016, one would think that 21’s definition of savage is to dominate all of his opposition in the context of the streets. With this album, he proves that being savage is to stay focused and keep fighting to be at the top of his game. Metro Boomin’s cinematic production and 21 Savage’s ever evolving perspective makes this one of the most memorable hip hop albums of 2020.