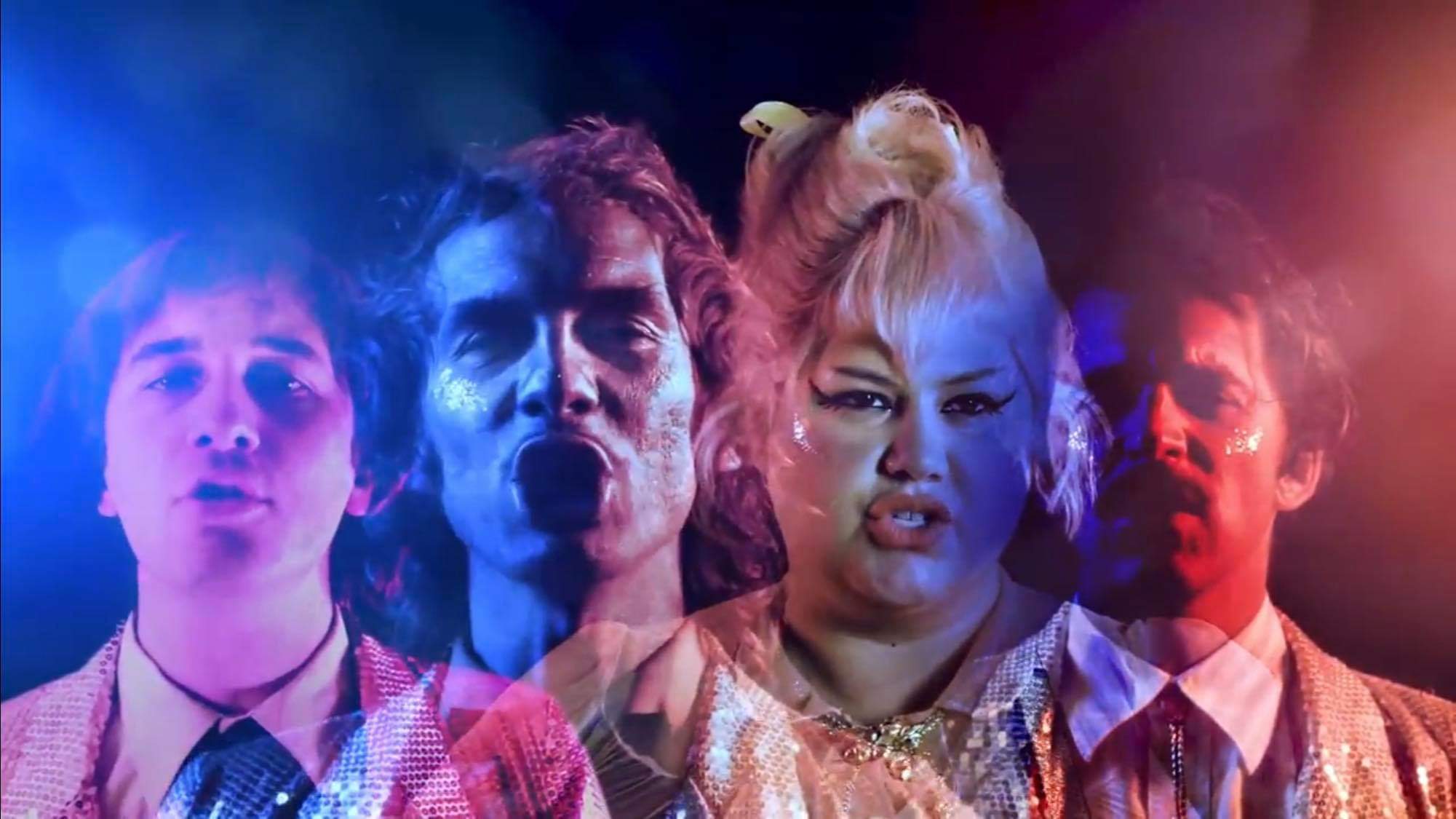 Shannon and the Clams showcased some garage doo-wop dance tunes to the Belly Up Tavern after Tropa Magica brought the house down.

The Belly Up Tavern played host to an unofficial pre-Desert Daze showcase on October 10th, featuring Oakland’s Shannon and the Clams and East Los Angeles’s Tropa Magica (formerly Thee Commons). Shannon and the Clams had been touring for much of 2018 when Tropa Magica decided to join them for a few bouts in the west. That night, both bands were joined by San Diego’s own Spooky Cigarette. Thankfully, each group brought something different for the Wednesday night crowd.

The Belly Up is a venue that’s worth the half-hour drive to Solana Beach. It’s big enough for touring bands to choose it over something smaller in San Diego, like the Casbah (another good venue in its own right), but still intimate enough for a disco ball over the dance floor. The heavy use of wood paneling throughout the space gives a homey, neighborhood bar-feel to the venue. Additionally, there’s a large shark suspended over one of the bars, with glowing red eyes staring eerily into the crowd. For an October show, the venue worked perfectly. It’s spooky season, baby!

First up on the Belly Up’s cozy stage (no barricades or front-row security here) was Spooky Cigarette. Beginning promptly at nine o’clock, they played a short, twenty-minute set as the 21+ crowd began filling the floor. Spooky Cigarette’s mellow, synth-heavy sound was well-received, while their style oozed Halloween vibes.

After what felt like an abnormally long delay, Tropa Magica took the stage and instantly got the crowd moving. The self-proclaimed “psychedelic cumbia punk” four-piece from East LA is known for their energetic live shows, so much so that LA Weekly praised them by declaring “if [they] aren’t the best live band in Los Angeles, they’re damn near the top.” The band played for roughly forty-five minutes, showcasing some songs from their debut, self-titled record released just last month. At the end of their set, they invited two fans on stage to play the tambourine and the cowbell – I believe it was a cowbell. In any event, the two appeared to be having the time of their lives. As the band exited the stage around half-past ten, it was clear that I wasn’t the only one who had been blown away by Tropa Magica’s performance; their music, stage presence, and energy coalesced into a truly remarkable set.

I think part of the reason why Tropa Magica seemed like the highlight of the night to me is that expectations for opening bands are typically quite low. Usually, opening bands fail to resonate that deeply with audiences, since most are likely to be there solely for the headliner. Fortunately, this was not the case with Tropa Magica. After hearing just a few songs, I was immediately making mental notes to see them again.

It was close to eleven o’clock when Shannon and the Clams finally took the stage, looking every bit what you’d expect from a band that blends ‘50s doo-wop and ‘60s garage rock – slim-cut pantsuits, pinafore dresses, and a sparkly bass guitar all included. If I had any concerns about whether they’d struggle to follow up an act as captivating and, to put it simply, as fun as Tropa Magica, they were quickly alleviated.

Opening with “The Boy,” the first track from the band’s sixth studio album, Onion, released earlier this February, Shannon and the Clams kept us grooving along to their songs about love and heartbreak for the duration of their set. Bass player Shannon Shaw and guitarist Cody Blanchard alternated vocal duties throughout the night, although perhaps some didn’t even notice – to quote a woman in the crowd at Shannon and the Clams’ 1:15 AM Desert Daze set three days after this show, “They have, like, the exact same voice! I’m really drunk, but they have the EXACT same voice!”. Credit is due solely to Shaw, though, for giving the best (and only, but still) rendition of White Rabbit by Jefferson Airplane that I’ve ever heard.

The band featured a majority of their discography, including favorites such as “Ozma” from 2013’s Dreams in the Rat House. After finishing their set around midnight, I immediately made a mental note to see them again – after all, their set was filled with irresistibly danceable songs. And I’m very glad I made that note, since I otherwise would never have been able to be a part of that riveting discussion about the vocal similarities between the band’s vocalists.