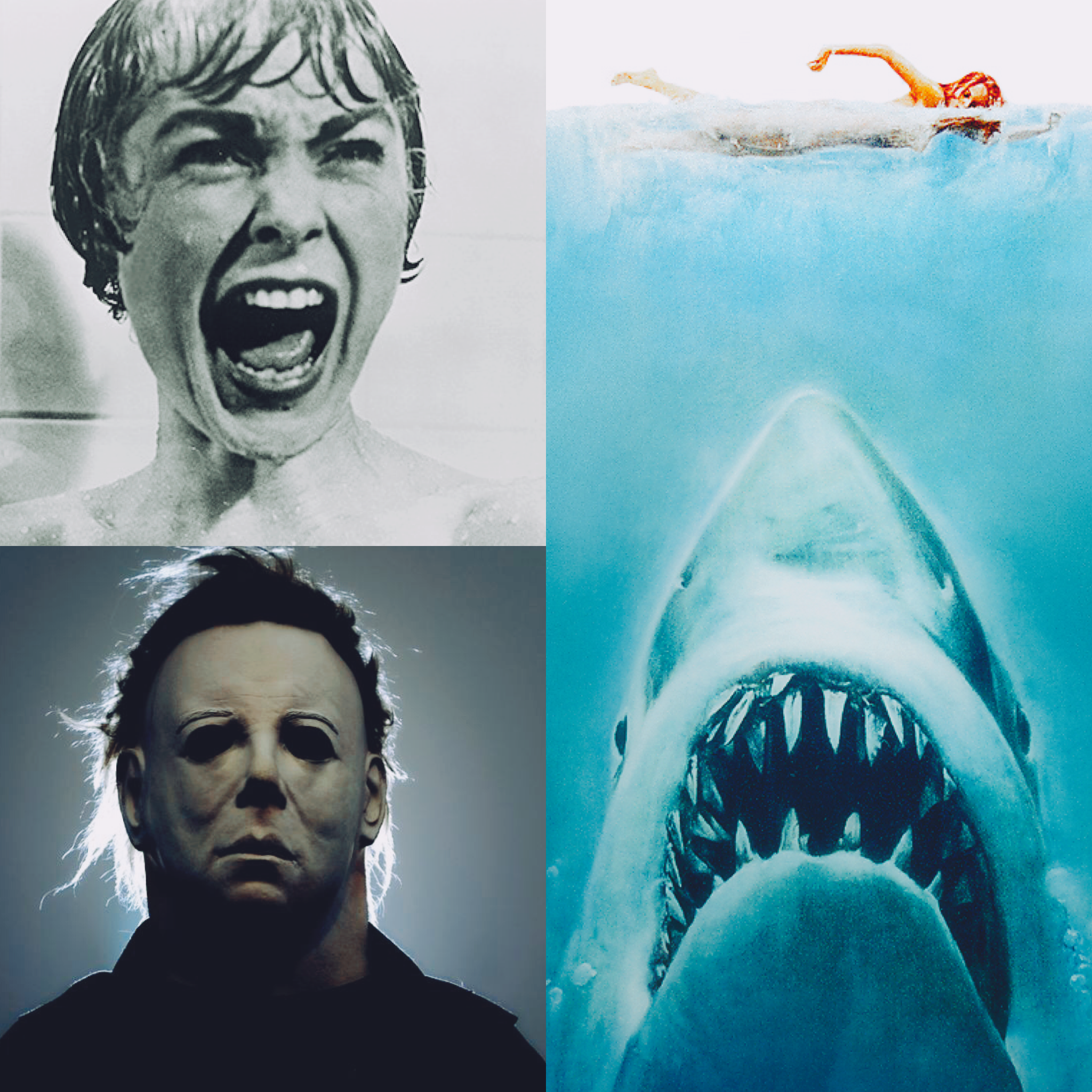 Tis’ the season to be scary! See what I did there? Wow, I don’t know when I became so clever. Anyways, hello folks. I hope you guys are having a very spooky week. In the spirit of the season, I’ve been binge watching horror flicks. In my opinion, and I think we can all agree, a horror film’s soundtrack can either make it or break it. Some of the most revered scary movies are known especially because of their famous soundtracks. But who’s making these scary tunes? Who is in charge of composing these creepy soundtracks? Let’s find out by reviewing three of the most famous horror film soundtracks and their composers.

1. We begin with Alfred Hitchcock’s famous Psycho released in 1960. If you are familiar with Alfred Hitchcock movies the music always seems to have a befuddling and eerie feel to it. The musical arrangements are perplexing in a unsettling way . Psycho popularized the “screeching violins” that we so often hear during the course of a horror movie.  I think the music’s style goes hand in hand with the success of Hitchcock’s films. The composer behind most of Alfred Hitchcock’s  famous films was Bernard Herrmann. Herrmann was a famous composer know by his work on films. Other than composing the soundtracks to most of Alfred Hitchcock’s films he composed many other popular film scores for movies like Martin Scorsese’s 1976 Taxi Driver, Orson Well’s Citizen Kane released in 1941 and Henry Levin’s 1959 Journey to the Center of the Earth. His work continues to live on as most of these films are considered classics today.

2. The first Halloween movie of the now Halloween franchise was released in 1978. It was a low budget  independent film directed by John Carpenter. Director John Carpenter also composed the music for the movie therefore creating what I would refer to as “The Michael Myers Soundtrack.” I’m sure we all recognize the creepy song, it still gives me chills when I hear it. The song is actually said to have been recorded on some cheap 1970’s synthesizers. This shows that  you don’t need fancy equipment to create prominent content. Carpenter truly outdid himself on this film which brought him notoriety. He has directed countless other movies (mainly horror), many of which are now cult classics. He did more cinematic composing on the 1980 film The Fog. The affect of the Halloween theme tune is what all horror directors try to provoke with their music choices. Just like Michael Myers, this jingle will never die.

3. Lastly we end with probably the most well known soundtrack and composer of all time, this being 1976 Jaws directed by Steven Spielberg with music composed by John Williams. John Williams is a very talented and well known orchestral composer who has composed some of the most famous movie scores in cinematic history. Some of his most recognizeable works include the Star Wars series,  the Harry Potter series, ET: the Extra-Terrestrial, Jurassic Park, Indiana Jones, just to name a few.  I’m serious, this guy is a big deal and he’s very talented. Over his six decade long career he has received countless awards from Grammy’s, Emmy’s, Academy Awards and much more. He has kept a close association with director Steven Spielberg just as Bernard Herrman did with Alfred Hitchcock. The soundtrack from Jaws is probably the most commonly known soundtrack cinema history. We all recognize the progressive theme song to this movie and we all maybe still hum it when messing around in a pool or in the ocean.  Hopefully you guys recognize and enjoy his work in the Star Wars: Episode VII ,set to be released December of 2015.