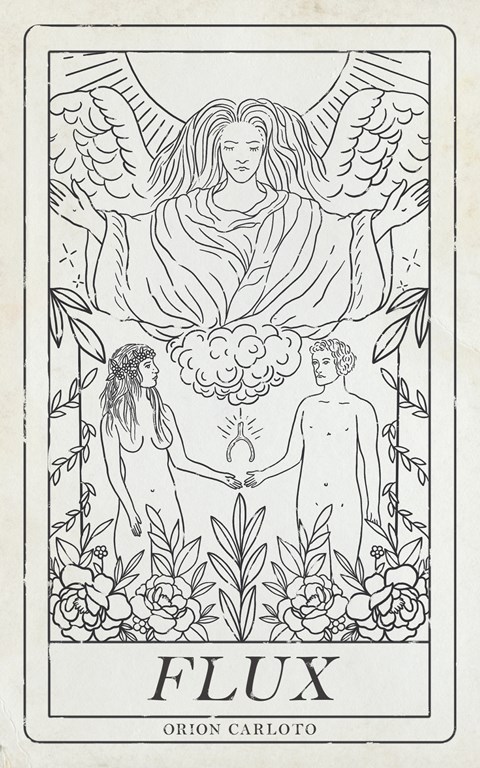 I only read two books last year and one of them was “Flux,” by Orion Carloto.

Flux is a book of poetry written by famous YouTuber Orion Carloto. I know what you must be thinking: “Not another YouTuber trying to become an author.” I know how exhausting that is, but unlike other YouTuber’s books, she isn’t writing about her life (which no one is really interested in) and this isn’t a book that was ghost-written.

As someone who has been a follower of Orion since she first started her channel, I was proud to see that she finally released the book she’s been wanting to release for years. In one of her first Q & A videos she talks about wanting to write a book and how that was one of her biggest goals in life. I personally love seeing people go after and achieve their dreams. So when I found out that she was releasing a book I wanted to support her.

This book shows a lot of vulnerability on her part. She used the love and the heartbreak of her relationships between friends and lovers in her writing – it’s evident. Her opening line is “Falling helplessly in love is one magical adventure, but falling out is one seldom spoken.”

Also her poems are directed at a boy from her past as well as a girl in her present/future. She is one of the few to openly write from a bisexual perspective. One of the poems that I personally relate to is a poem called “Delusional.” And there’s a line from one of her other poems that says, “ I wrote these words for him, but he never appreciated them. I wrote these words for her, but I was too afraid to admit it.”

These words were beautifully written and could be found relatable to a plethora of people.

If you decide to pick up this book, I’ll leave you with the words from the author, Ms. Carloto herself, “Flux is best read with a cup of warm coffee in hand. Indulge in these words as if they were meant for you.”